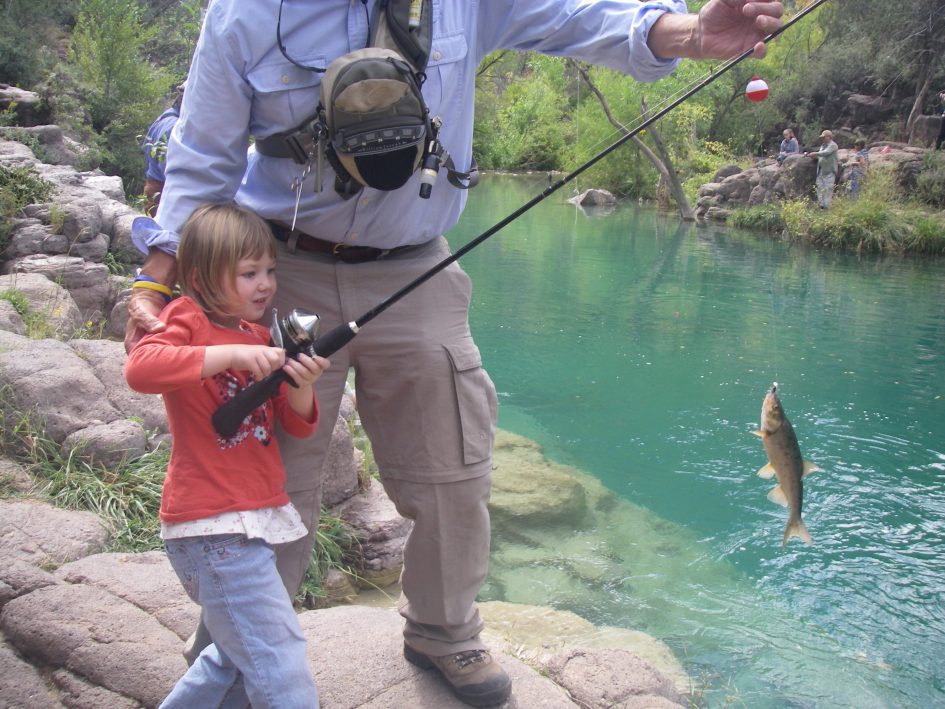 Angling for a Roundtail Chub in Fossil Creek, AZ.

PHOENIX — A professional committee of fisheries scientists has determined that three species of chub found throughout the lower Colorado River basin—roundtail chub, headwater chub, and Gila chub—will now be recognized as one species, referred to as roundtail chub.

The decision last week by the American Fisheries Society and American Society of Ichthyologists and Herpetologists Joint Committee on the Names of Fishes resolves a long-term disparity among scientists, as these chub populations are physically similar and have been genetically indistinguishable at the currently recognized taxonomic classifications. The inability to differentiate them at a species level made management highly complex, especially given that Gila chub is listed as endangered under the federal Endangered Species Act and roundtail and headwater chub were proposed for listing as threatened in 2015.

Arizona Game and Fish Department biologists last year conducted a complete review of all data and scientific literature available to determine if the available science supported the recognized taxonomic designations of the three species of chub. The department’s review found no justification to support the separation of chub into three separate species, and concluded they should be classified as a single species.

Subsequently, Game and Fish formally requested that the American Fisheries Society re-evaluate the recognized taxonomic designation of the three species. The analysis was assigned to the joint committee, which conducted months of review and listened to presentations by fisheries scientists on the morphology and genetic status of chub. The committee concluded there is no morphological or genetic data that define populations of roundtail chub in the lower Colorado River basin as members of more than one species.

The committee’s decision is strongly supported by Arizona Game and Fish and will result in more effective management and conservation of roundtail chub throughout the state. Based on this decision the species is found in over 70 streams in Arizona alone.

“This is a huge success for chub and for those who manage and conserve chub in the lower  Colorado River basin,” said Chris Cantrell, Aquatic Wildlife Chief for Arizona Game and Fish. “The taxonomic history of this species has been debated for decades, which has influenced our management strategies and our ability to implement conservation on a range-wide basis. We know the decision will open doors to more opportunities to protect and conserve chub in Arizona.”

The Joint Committee on the Names of Fishes is a collaborative group of the American Fisheries Society and the American Society of Ichthyologists and Herpetologists. It maintains a list of scientific and common fish species names to achieve uniformity and avoid confusion in nomenclature. Their work is important to help fisheries professionals know exactly what species or subspecies is under discussion. Fish identification is particularly important when the species is under endangered species protections.

To view the department’s 2015 letter sent to the American Fisheries Society and the joint committee’s final decision: 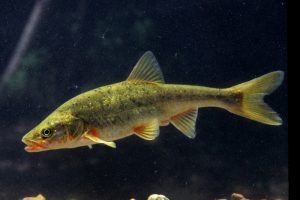 The Arizona Game and Fish Department prohibits discrimination on the basis of race, color, sex, national origin, age, religion, or disability in its programs and activities. If anyone believes that they have been discriminated against in any of the AZGFD’s programs or activities, including its employment practices, the individual may file a complaint alleging discrimination directly with the Director’s Office, 5000 W. Carefree Highway, Phoenix, AZ 85086-5000, (602) 942-3000, or with the U.S. Fish and Wildlife Service, Attn: Civil Rights Coordinator for Public Access, 5275 Leesburg Pike, MS:WSFR, Falls Church, VA 22041-3803. Persons with a disability may request a reasonable accommodation or this document in an alternative format by contacting the Director’s Office as listed above.