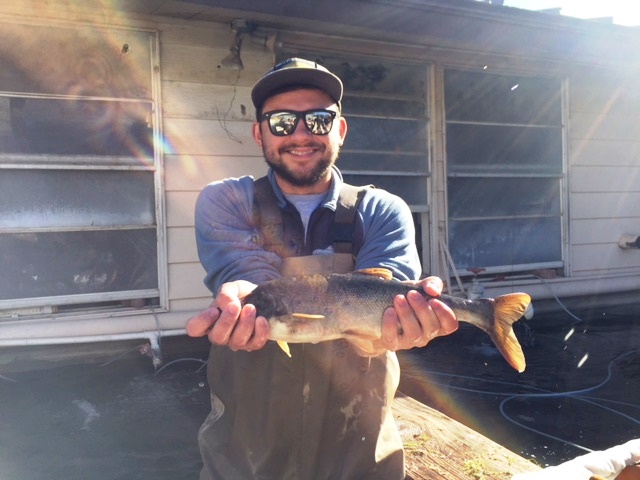 AZGFD Biologist Brett Montgomery holds one of the giant broodstock Roundtail Chub that reproduce every year.

Back at the Ponds – Annual Roundtail Chub Harvest at Bubbling Ponds

The Bubbling Ponds Hatchery is one of the Department’s six hatcheries, and broodstock populations of three native fish species, the Roundtail Chub, Colorado Pikeminnow, and Razorback Sucker, are maintained at the hatchery to produce thousands of fish that are stocked into the wild to support recovery and conservation efforts. Earlier this month, fish in the Roundtail Chub broodstock pond were “harvested”, meaning the pond was drained and all of the fish were collected and sorted. The sorting process consists of separating fish by size class and also separating chub from other aquatic species that accidentally got into the pond. Chubs that were progeny of the broodstock were separated and held in raceways until they were stocked in locations throughout the Verde River and Oak Creek to enhance existing wild populations of chub. The broodstock fish were held in a separate raceway and will be returned to the pond once it’s refilled. The Department stocked approximately 90,000 chub into the wild from this single harvest! It’s been an extremely productive year for Roundtail Chub. Happy Holidays! 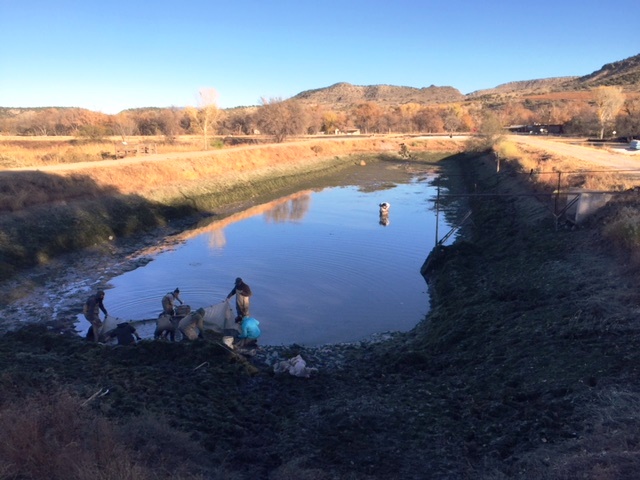 After the vegetation was mostly cleared, the water was drained and a wide seine net was pulled through the water. 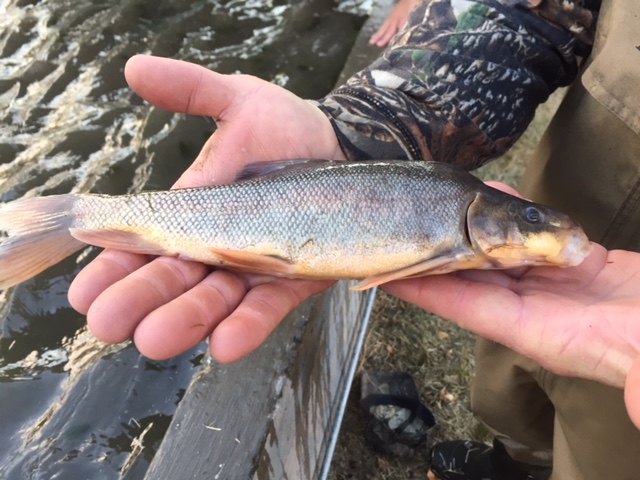 Sometimes other species make their way into the chub pond. Pictured here is an endangered Razorback Sucker. The hatchery manager suspects that otters might have carried this fish over from another pond.

Back at the Pond