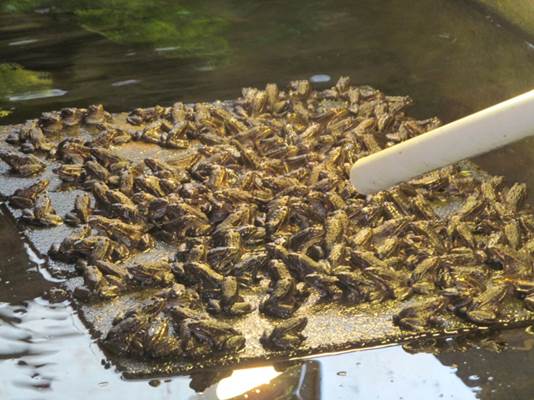 Since 2006 Bubbling Ponds Hatchery has been a grow out station for Chiricahua Leopard Frogs. The frogs are either brought to the hatchery as an egg mass or as early hatched tadpoles. The egg masses are generally collected from the wild sites. The tadpoles are collected from one of three sources: wild sites or the Phoenix Zoo, which has a population of adult frogs.

Once the tadpoles or egg masses are received by Bubbling Ponds Hatchery, they are placed into raceways/rearing units inside the Bass House and given fresh flow through water from a closed spring source. The tadpoles are fed a daily diet consisting of boiled egg whites, algae wafers, spirulina, earthworm and shrimp pellets. In addition, a large portion of their diet consists of mixed greens that include romaine lettuce, kale, turnip greens and spinach. Tadpoles are also supplemented with Vitamins B, D, and Calcium. 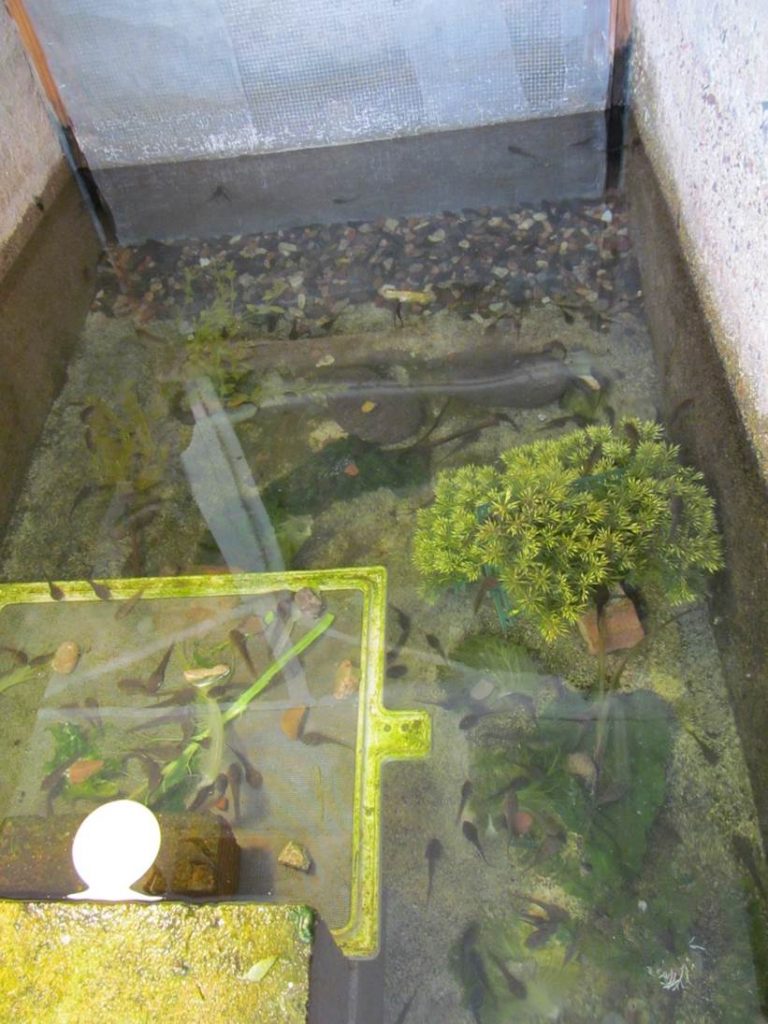 Once the tadpoles metamorphose into frogs they become predatory, and are given live crickets as their sole provision. After more than half of the tadpoles have morphed into frogs (about 6-8 weeks) they are transported from Bubbling Ponds to the wild. The stocking locations are determined by the AGFD, Terrestrial Branch’s Ranid Frogs Program, Conservation and Mitigation Program, and the Chiricahua Leopard Frog Unit Recovery Teams.