A Day in the Field: Grand Opening of Arizona Game and Fish Department Pinetop Wetland 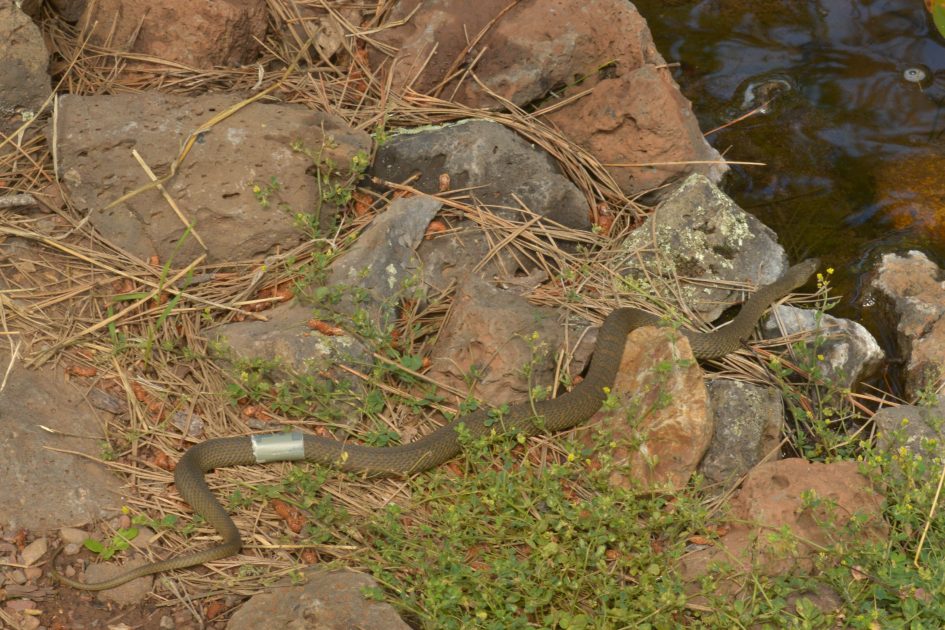 Narrowheaded Gartersnake released into Pinetop Wetland. The snake has a radio transmitter attached. 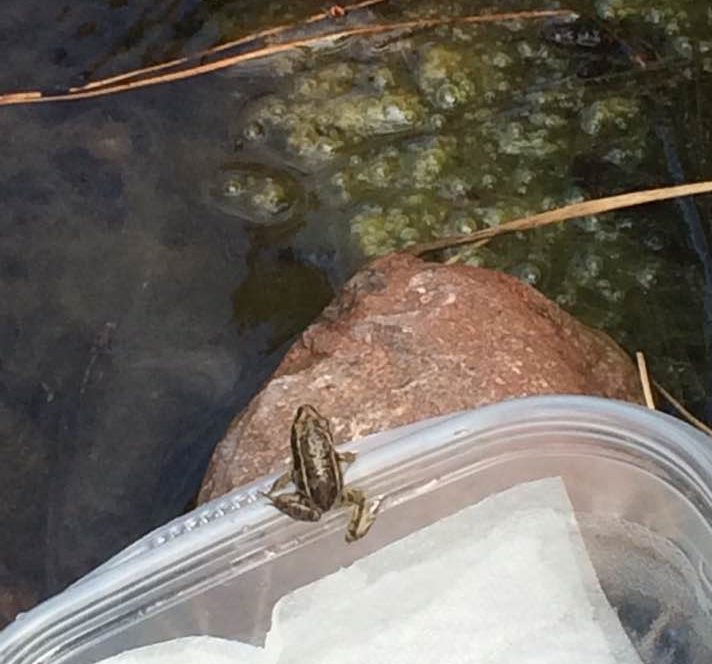 A new wetland area with two ponds was created by Arizona Game and Fish Department (Department) in the footprint of the historic fish hatchery adjacent to the Department’s Region I office in Pinetop. This area will house native aquatic species, and provide a location to temporarily hold aquatic species. At the Grand Opening on Saturday, August 13th, the Department and Northern Arizona University released Northern Leopard Frogs and one Narrow-headed Gartersnake. Previously several hundred Speckled Dace from Silver Creek and two Narrow-headed Gartersnakes had been released into the wetland. The Department hopes the gartersnakes will establish in the wetland and can inform future establishments in the wild. 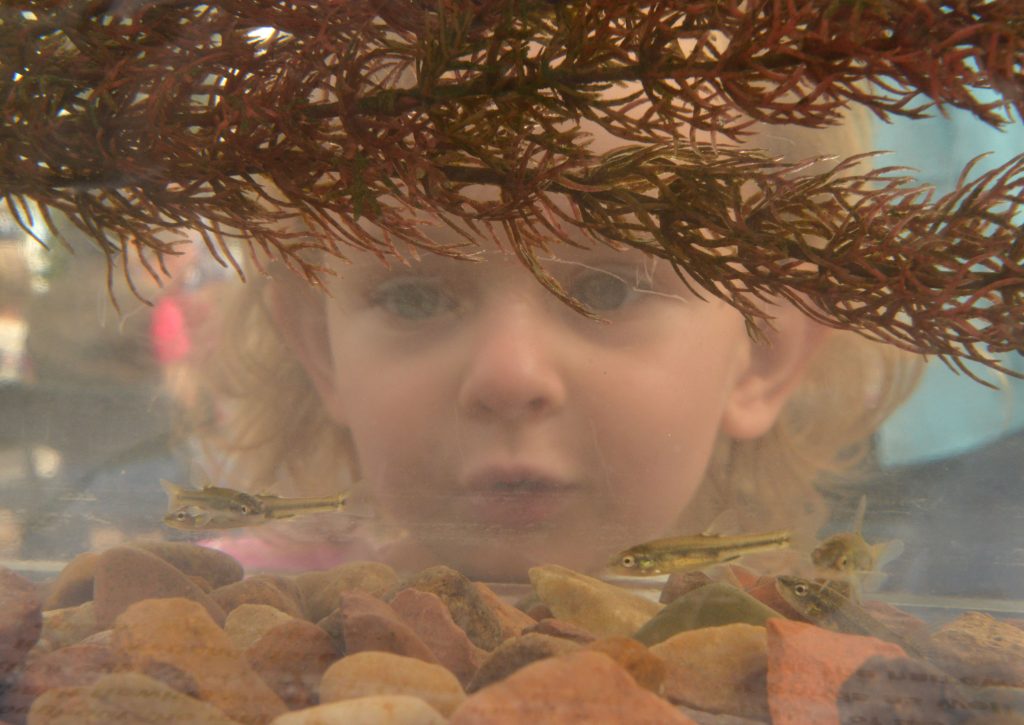 A young girl observes Speckled Dace before they are released into the Pinetop pond.

A Day in the Field, Fish, Narrow-headed Gartersnake, Snakes