Update on salvaged native fish after the Wallow Fire 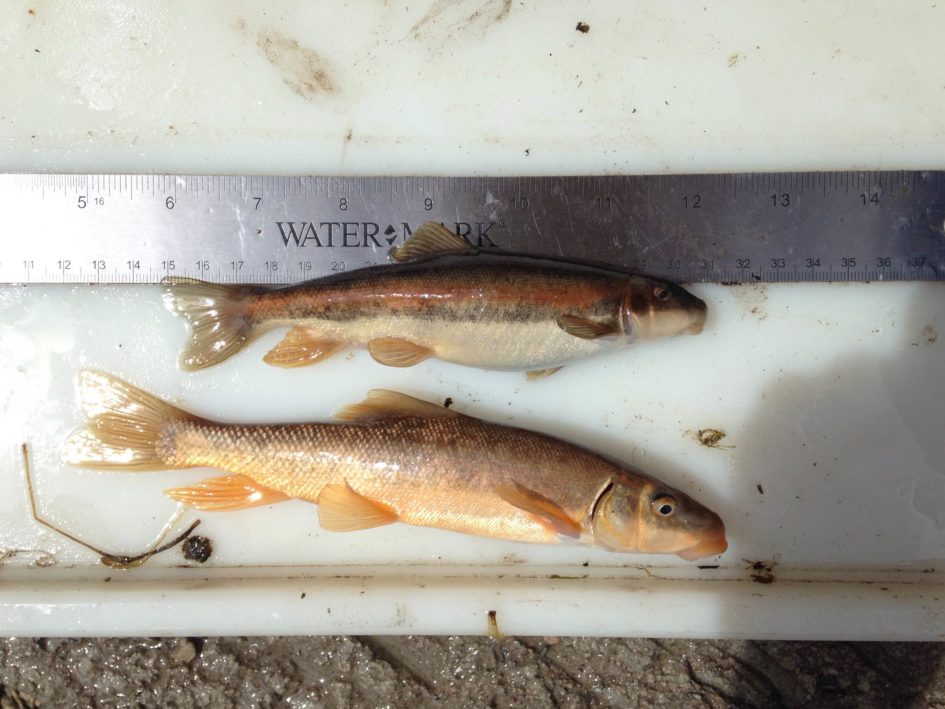 In April of this year, Department biologists visited a private landowners stock tank to monitor a refuge population of native fish. Following the 2011 Wallow Fire in the White Mountains, native fish were salvaged from several different locations that had a risk a fish kills during potential ash flows that can occur post-fire. One salvage effort involved removing native suckers from the Little Colorado River near the Department’s Wenima Wildlife Area. Several hundred Bluehead Suckers and Little Colorado Suckers were salvaged and placed in a water storage tank in nearby St. Johns thanks to the cooperation of a private landowner. The Department sampled this water storage tank in April to monitor the abundance and condition of the suckers. Weather conditions on the survey date made sampling the fish more difficult than expected but a large seine net was used to attempt to capture as many fish as possible. There were a total of 8 Little Colorado Suckers and 1 Bluehead Sucker that were captured from within the tank, although the actual numbers of fish in the tank are likely much higher. All fish appeared to be in excellent physical condition and some exhibited spawning characteristics. Further surveys will determine how many fish remain and if recruitment is occurring. The fish will stay in this storage tank until a suitable location to stock them into the wild is identified. #nativefishes #blueheadsucker