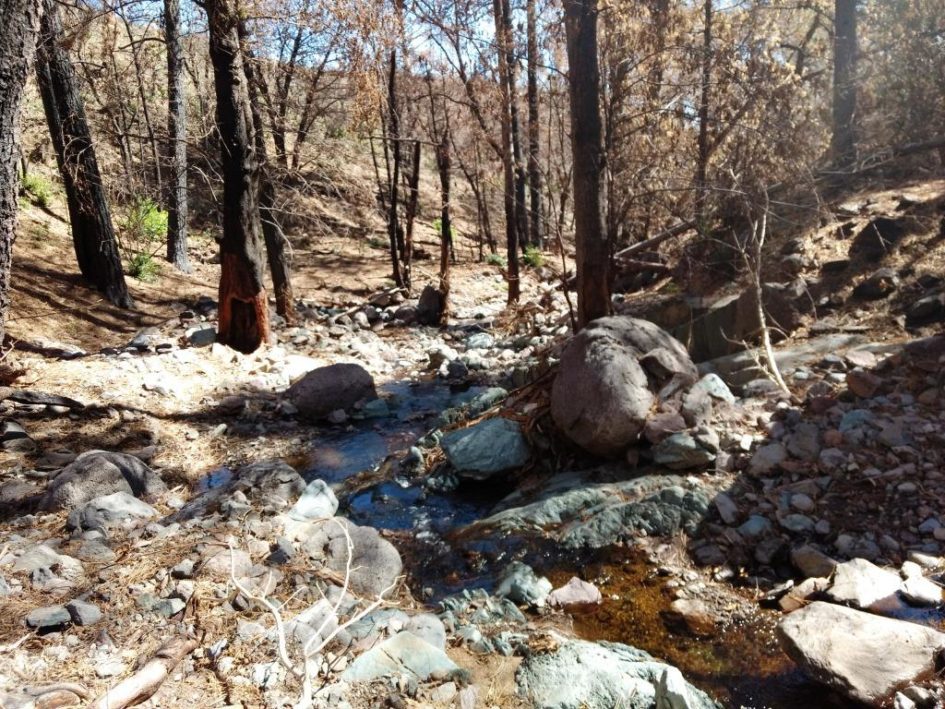 A Day in the Field – Gila Trout Survey in Grapevine Creek

A recent survey was conducted in Grapevine Creek, on the Prescott National Forest, to evaluate the habitat condition and status of the Gila Trout population following the Goodwin Fire. In June and July of 2017, the Goodwin Fire burned approximately 28,516 acres, and Grapevine Creek was in the perimeter of the fire. Grapevine Creek has supported a recovery population of Gila Trout since 2009. The Department and Prescott National Forest staff visually surveyed approximately 1 mile of habitat, and observed no Gila Trout. The riparian habitat was significantly impacted, and the stream channel had reformed in several locations. The majority of pools had filled with sediment, and we anticipate the habitat to change again during precipitation events. The Department plans to deploy temperature data loggers and conduct a habitat survey in the coming months, and will continue to evaluate the stream for the reestablishment of Gila Trout in the future. 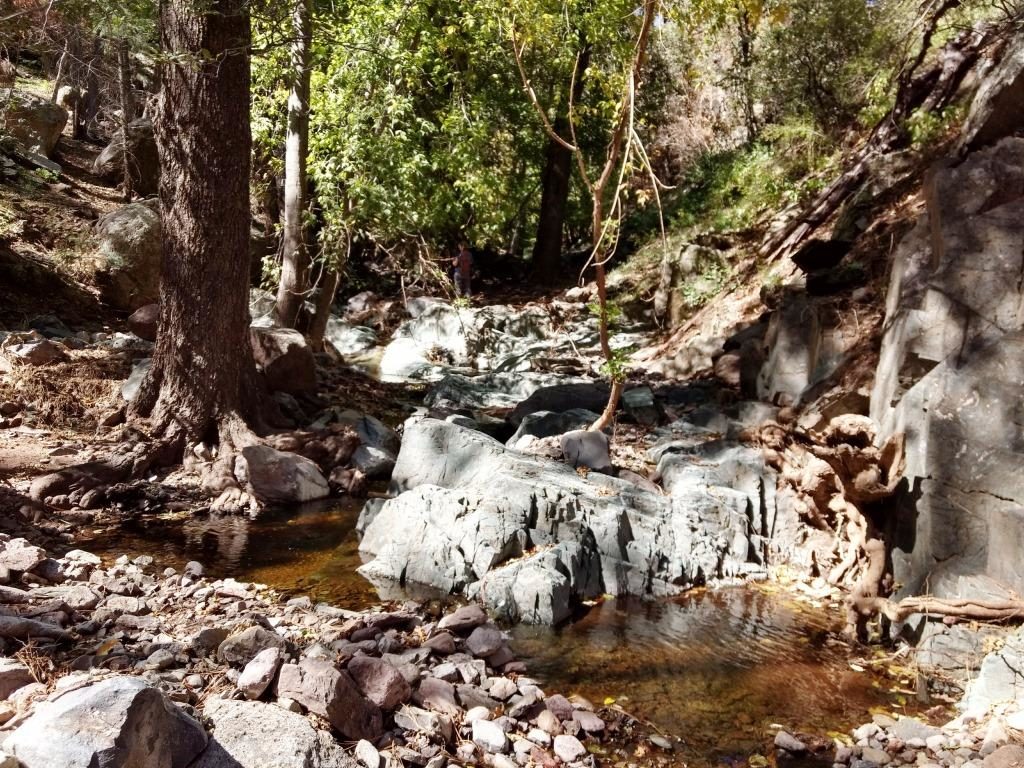