In September 2017, staff from the Department, Bureau of Reclamation, and The Nature Conservancy conducted a native fish survey at Hot Springs Canyon in the San Pedro River watershed. Loach Minnow and Spikedace were stocked into Hot Springs Canyon between 2007 and 2011 to establish self-sustaining populations of these species. During this year’s survey, both Loach Minnow and Spikedace were captured, as well as many other native fish species, including Roundtail Chub, Sonora Sucker, Desert Sucker, Longfin Dace, and Speckled Dace. In addition to native fish, biologists also came across other interesting wildlife species during their survey, such as giant aquatic invertebrates commonly known as toe-biters and a Gila Monster. One biologist even accidently stepped over an Arizona Black Rattlesnake while hiking to the next study site! Experiences like these make working with wildlife extremely fun and exciting! 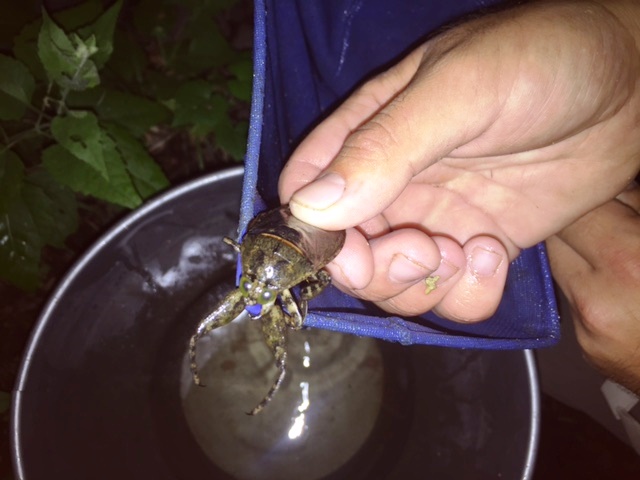 Toe-biters are members of the family Belostomatidae and can live up to their name with a nasty bite. 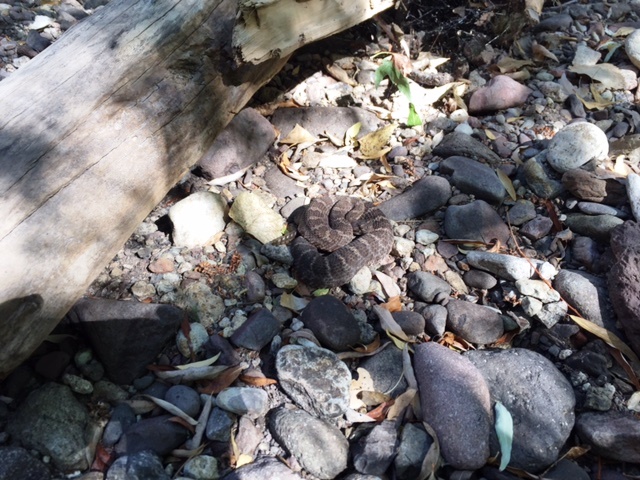 Always be wary of rattlesnakes while hiking because some do a great job of blending in to the environment, such as this Arizona Black Rattlesnake.