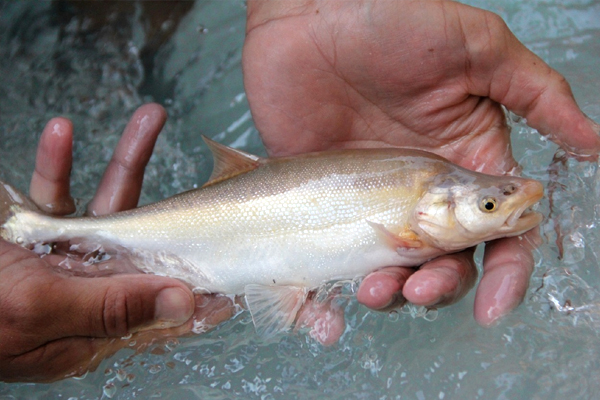 Appearance: Humpback chub are large olive to silvery fish with a fleshy hump located behind their head. This hump begins developing at 3-4 years of age. They can reach up to 500 mm (20 inches) in length and live 30+ years. They have small eyes and a sub-terminal mouth. During mating season the adults can develop orange to red colored patches under fins. 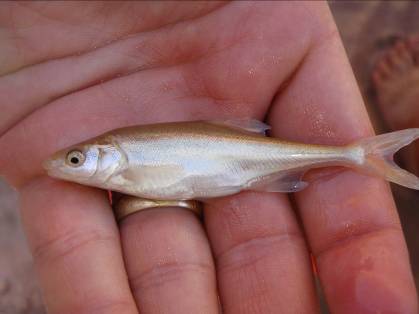 Habitat and Range: Humpback Chub prefer large riverine systems and prefer pool habitat although they have been captured in a range of habitats. Humpback Chub are have known populations in the mainstem Colorado River and four of its tributaries: the Green, Yampa, White, and Little Colorado river. They have also been introduced to Havasu Creek within the Grand Canyon.

Breeding: Humpback Chub reach maturity at 2-4 years of age. They spawn from May to July when water temperatures are14C and 24C. They prefer to spawn in slow moving water over boulder, sand and gravel substrates. 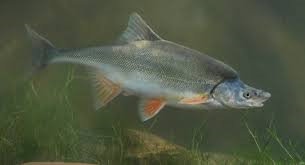 Status: Federally Listed as Threatened in 1967.

Threats: The top threat to Humpback Chub is habitat alteration due to major dams which alter flow regimens, decrease water temperature, and sedimentation. They also face threats from predation and competition with non-native fish including Northern Pike, Brown Trout, and warm water species.

Kaeding L.R., M.A. Zimmerman (1983) Life history and ecology of the humpback chub in the Little Colorado and Colorado rivers of the Grand Canyon. Transactions of the American Fisheries Society, 112: 577-594.