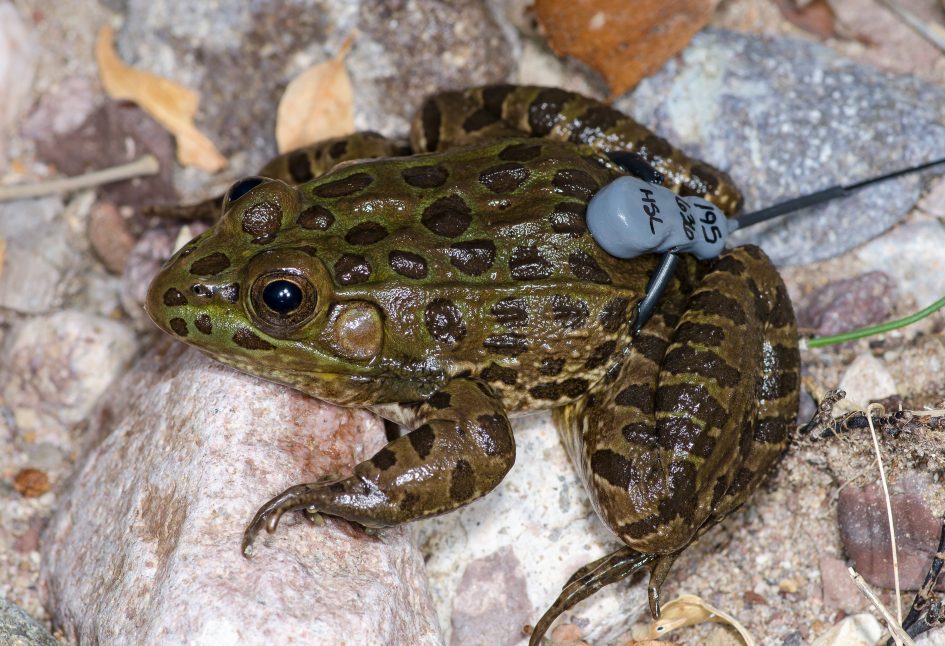 During the winter of 2014-2015 and the summer of 2015, Ranid Frogs Project biologists and interns from the Terrestrial Wildlife Branch attached radio transmitters to 46 adult Chiricahua Leopard Frogs (CLFs) in the Santa Rita Mountains of southern Arizona. Weighing approximately 2 grams, less than the weight of a dime, the tiny transmitters were attached around the frogs’ waists by a custom-made, plastic belt (pictured above). The frogs were tracked weekly, to provide insight into when, where, and how these Federally Threatened frogs move during the colder winter months and summer monsoon season.

Little is known about the winter activity of CLFs. Although our study populations experienced high mortality caused by the fungus Batrachochytrium dendrobatidis (Bd), we were able to document an unexpected amount of movement. Even when temperatures dipped below freezing, most CLFs remained “active,” not becoming dormant like many other amphibian species may do. 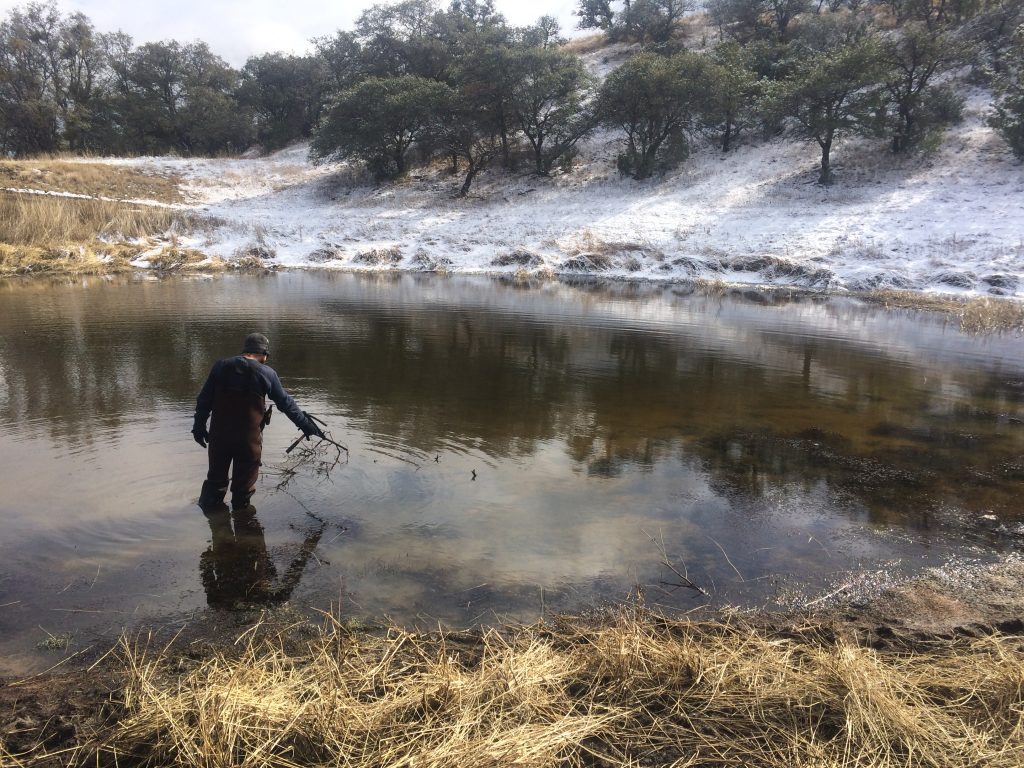 Chiricahua leopard frogs are especially active during the summer rainy season and can make journeys of up to five miles looking for suitable breeding habitat. By locating the belted frogs on a weekly basis, we were able to follow them on their journey and assess the types of habitat they used along the way. This information will help us identify which habitat types should be targeted for conservation and help us understand how to facilitate the natural dispersal of this species.