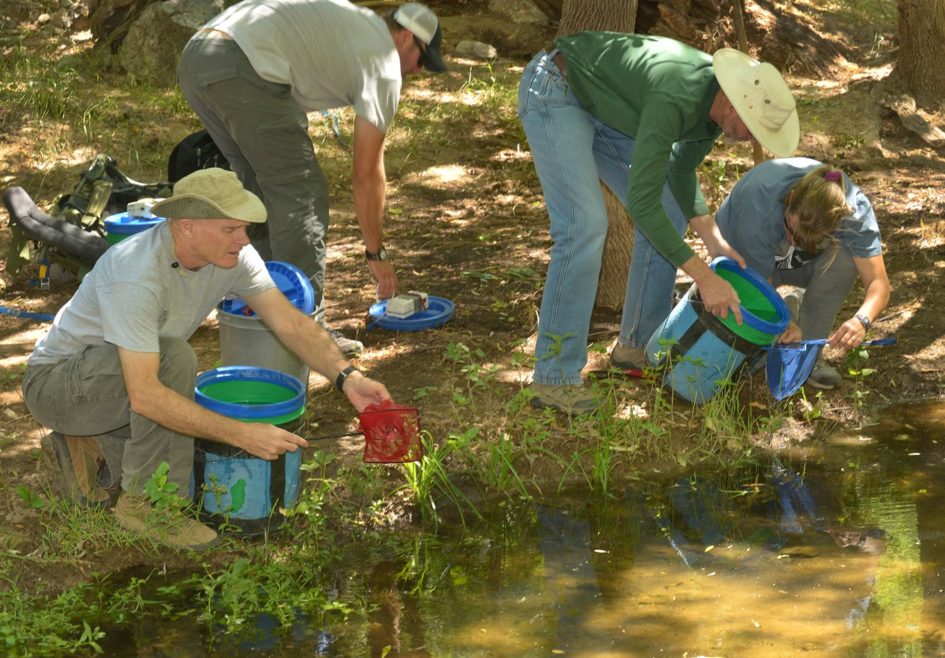 May 15, 2017, was a special day, because a native fish project, 25 years in making, came to fruition. The Department and Tonto National Forest (Forest) staff stocked Gila Topminnow into Arnett Creek, near Superior.

Back in 1992, the Department, Forest, and U. S. Fish and Wildlife Service identified an opportunity to reestablish a native fish community in Arnett Creek. In the late 1990s, after undergoing environmental planning, a fish barrier was built, the stream was chemically treated to remove nonnative fishes, and a few native fish were stocked. Unfortunately those fish did not establish populations, and then drought hit, greatly reduced the amount of perennial water in the system.

Finally, with the environmental planning completed, Gila Topminnow were stocked into Arnett Creek. They will likely establish a population, which is good because establishing new populations is necessary to recover the species so that it will no longer need protection under the Endangered Species Act, which will also mean less regulatory burden.

The Department collected the topminnow from a pond near Amado owned by a private landowner who is enrolled in the Safe Harbor Agreement for Topminnows and Pupfish.

Native fish are just one part of the Arnett Creek story.  During the last year of planning, the Forest partnered with the Department and other local groups to help protect and restore Arnett Creek. Arnett Canyon is used by horseback riders and hikers. There were many rogue trails in the riparian area, so the Forest and its partners improved the main trail and fenced the riparian area to focus people and riders onto the main trail.  The Forest and the Department also worked collaboratively on repairing fencing and installing drinkers for the local rancher’s livestock. 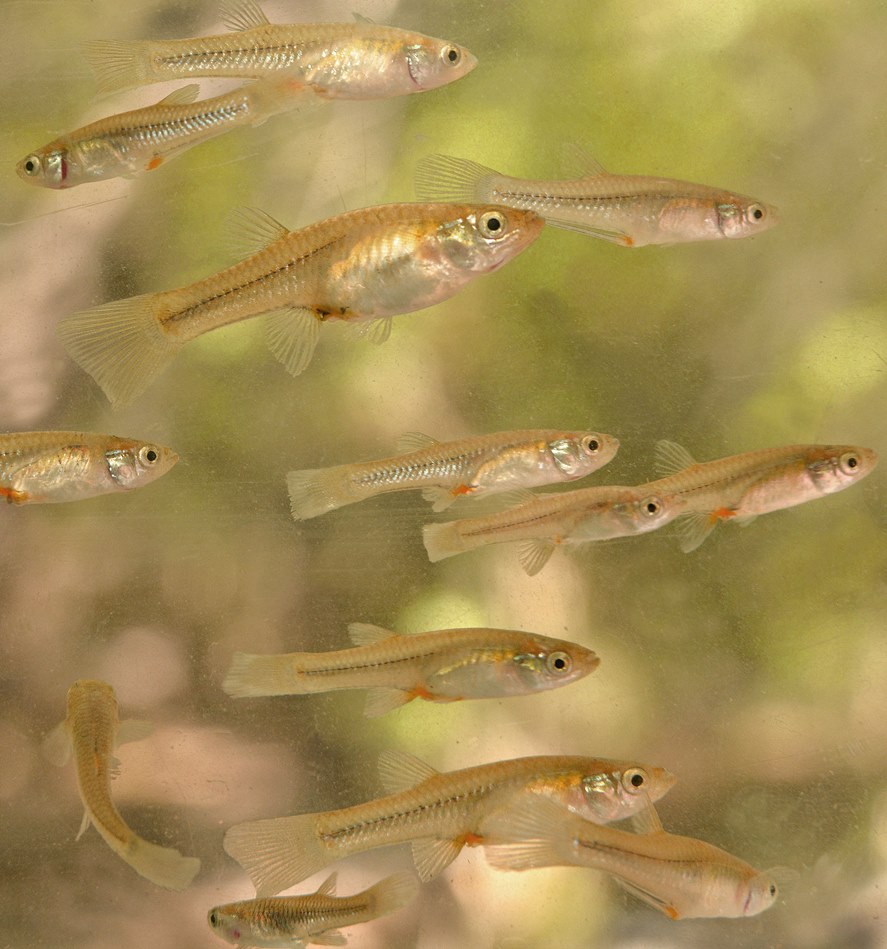