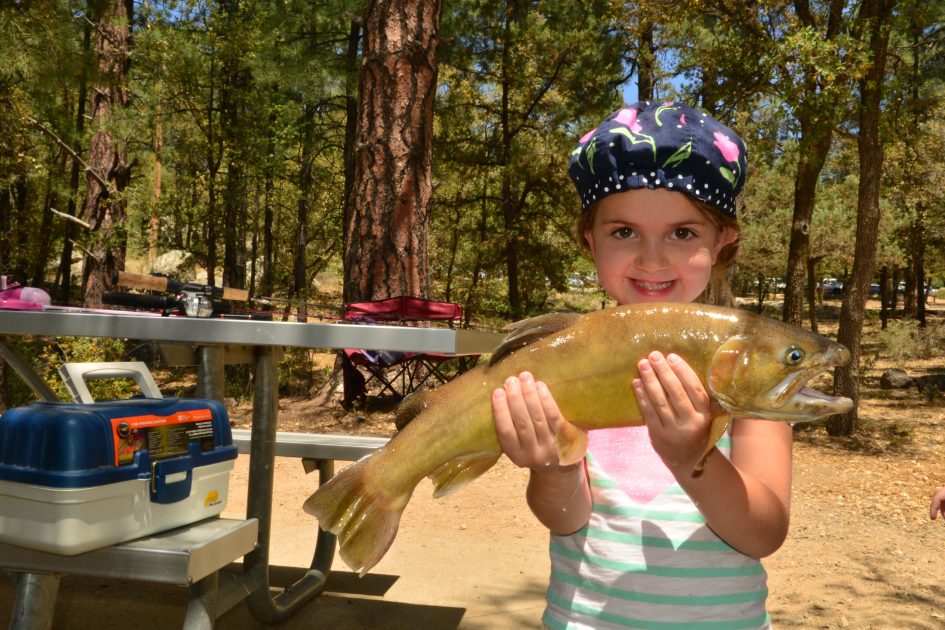 A Gila Trout caught at Goldwater Lake by a young angler in Prescott Arizona.

Native to the Gila River drainage in Arizona and New Mexico, Gila Trout (Oncorhynchus gilae) are one of Arizona’s two native trout species. The Arizona Game and Fish Department (Department), in cooperation with New Mexico Department of Game and Fish, U. S. Fish and Wildlife Service, and U. S. Forest Service are working toward recovery of Gila Trout by restoring populations in their historical range. In Arizona, this includes tributaries to the Blue, Gila, Verde, and Agua Fria rivers, as well as the Tonto Creek drainage. Gila Trout were listed as endangered in 1973, and due to successful restoration projects, mostly in New Mexico, they were downlisted to threatened in 2006. In order to consider the species for delisting under the Endangered Species Act, specific recovery criteria must be met, including the number of populations and miles of occupied stream habitat. Arizona has two recovery units; the first is the San Francisco River Recovery Unit, which includes tributaries to the Blue River in eastern Arizona; the second is the Gila-San Francisco River Mixed Lineage Recovery Unit, which includes tributaries downstream from the confluence of the Gila and San Francisco rivers. Within each recovery unit, potential recovery streams are prioritized by stream length, habitat quality, the presence of nonnative fish populations, and fish migration barriers. Based on these criteria, timelines are developed in an effort to meet recovery criteria and establish viable populations of Gila Trout. 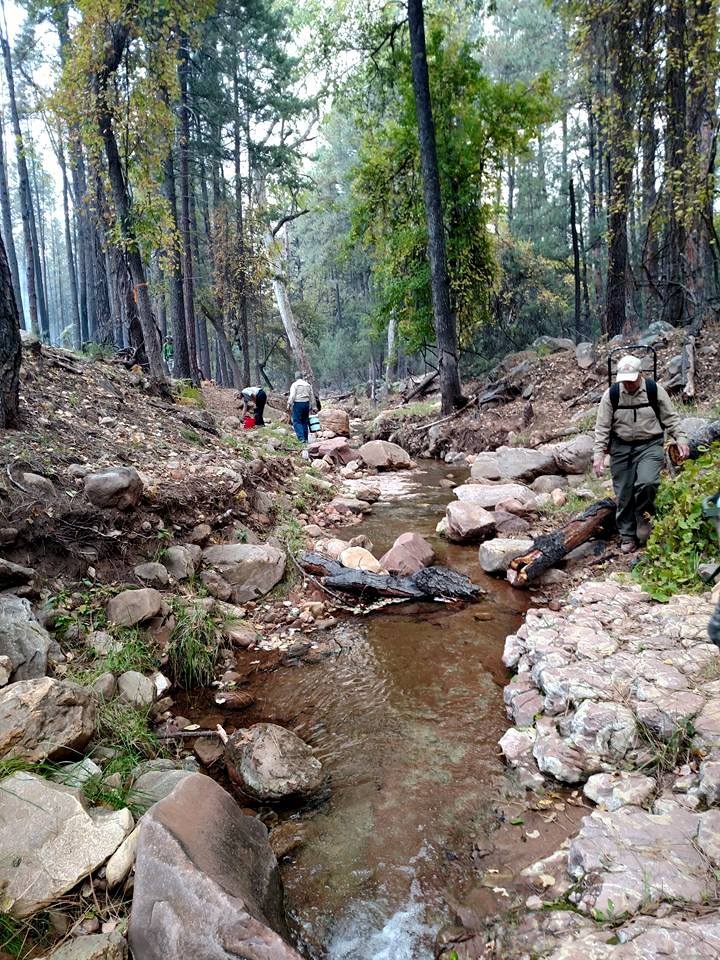 Currently, there are four populations of Gila Trout in Arizona, all of which are in the Mixed Lineage Recovery Unit in tributaries to the Gila, Agua Fria, and Verde rivers. Frye Creek, on Mount Graham, is the only stream currently open to angling. Gila Trout were first stocked into Frye Creek in 2009, and by 2014 were in sufficient numbers to support a limited angling season. Over the next several years, the Department will continue to monitor the other populations of Gila Trout to determine if restoration efforts were successful, and if so, whether the streams can be opened to angling. In addition, the Department is pursuing several projects for Gila Trout introductions, either through the construction of fish barriers, which prevent upstream movement of nonnative trout into recovery streams, or through the identification of streams that are currently fishless and have suitable habitat for Gila Trout. While much of the management of Gila Trout is focused on the establishment of populations that will contribute to recovery of the species, the Department also has the ability to manage certain waters for recreational fishing for Gila Trout such as Frye Mesa Reservoir and the West Fork Oak Creek. Ultimately, the Department works toward recovering Gila Trout to support the establishment of self-sustaining populations that are open to angling and provide the opportunity for the public to fish for a part of Arizona’s heritage. The ultimate goal of Gila Trout recovery is to establish self-sustaining populations of the species, which are open to angling and provide the opportunity to catch a part of Arizona’s heritage. 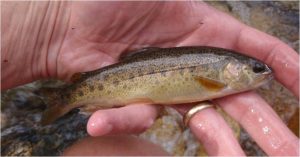