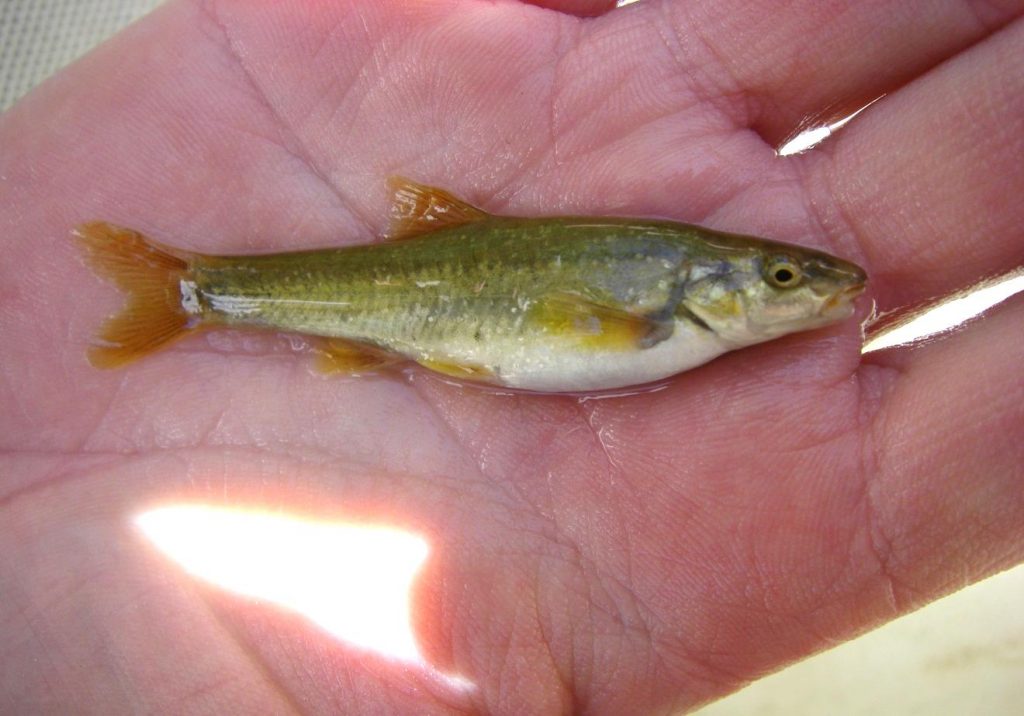 Habitat and Range: A highly adaptable species native to western North America from the Columbia River drainage in British Columbia to Colorado River south to Sonora, Mexico. In Arizona, they are found in the Colorado (with the exception of slow, warm sections of the main stem), Bill Williams and Gila River drainages.  Speckled Dace are bottom dwellers, found in rocky riffles, runs, and pools of headwaters, creeks and small to medium rivers: rarely lakes; they prefer clear, well-oxygenated water.

Breeding: Spawning occurs in spring and again in late summer in riffles or gravelly areas of streams using broadcast spawning method. Congregate in large groups and release many eggs; eggs are broadcast on course bottoms, hatch in about six days. 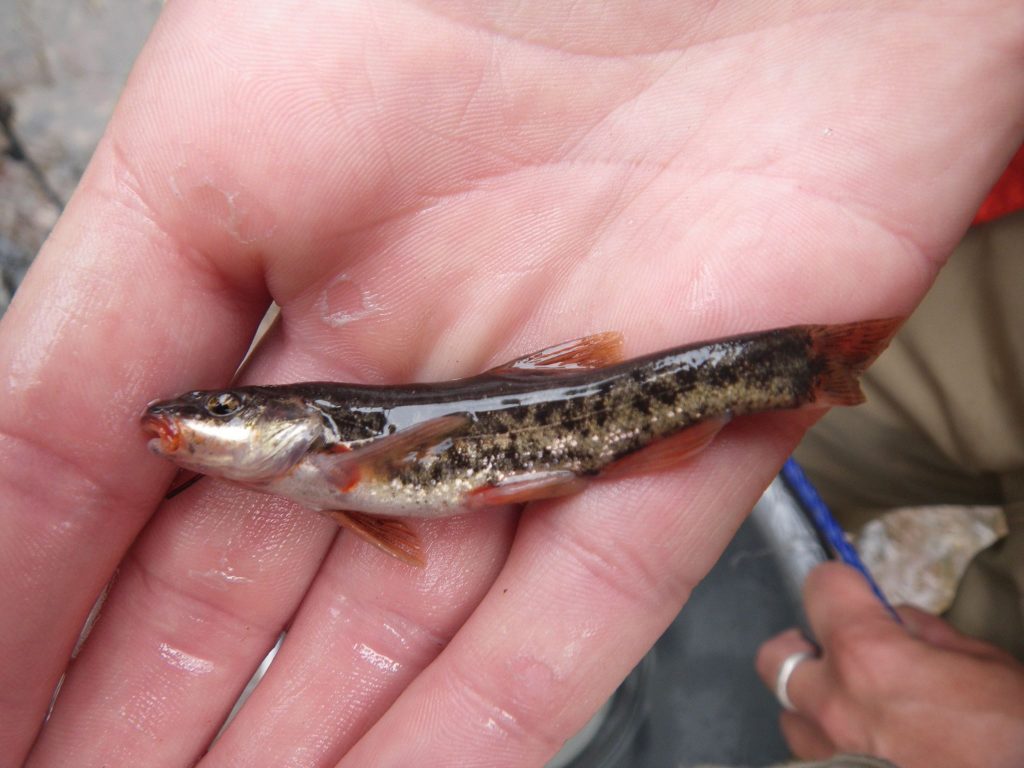 Status: Listed as a species of concern by FWS in 1996, considered vulnerable and sensitive in Arizona. 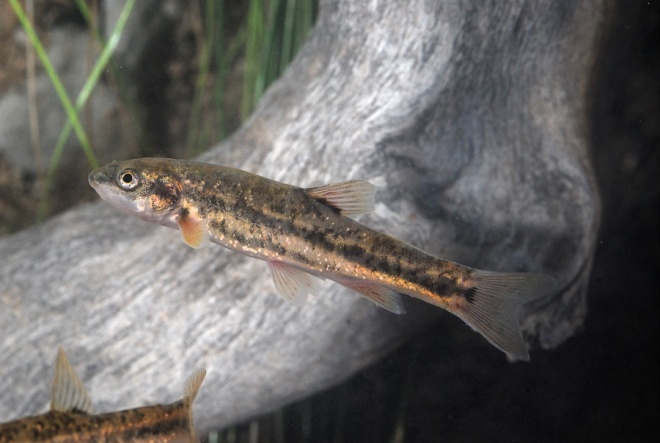 A speckled dace with dark patterning.

Threats: Degradation of habitat due to catastrophic fire leading to stream siltation, damming, agriculture, deforestation and mining, low water flows due to irrigation or drought, predation from invasive and native piscivorous fish.

Actions: Arizona Game and Fish Department has completed many projects which have benefited Speckled Dace, including non-native fish control projects and stocking activities within their historic range. In addition as threatened and endangered species are established in streams Speckled Dace will be considered for stocking into those streams if it is determined that they would not out compete listed species. The Department also monitors populations of Speckled Dace throughout the state and would take action if major declines were seen in populations

Species at Risk Public Registry of Canada; Speckled Dace Species Profile can be found at: http://www.registrelep-sararegistry.gc.ca/species/speciesDetails_e.cfm?sid=116