Other Aquatic Species: The Return of the Chiricahua Leopard Frog to the Southern Galiuro Mountain Range 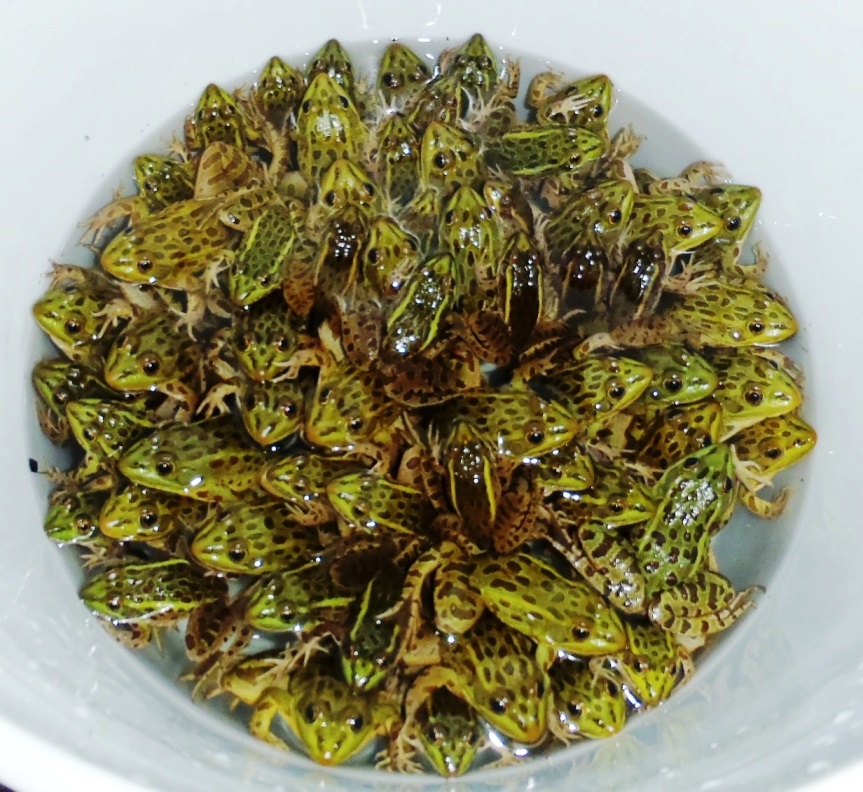 Chiricahua Leopard Frogs receiving a prophylactic “bath” prior to their release at Bull Tank.

The Arizona Game and Fish Department’s (Department) Conservation and Mitigation Program (CAMP) was created in 2011 to reduce and offset impacts of stocking sport fish by implementing activities for species identified in the Biological Conference Opinion and Environmental Assessment for the sport fish stocking program. The CAMP fulfills conservation and mitigation measures for threatened and endangered, candidate, and sensitive species that may be affected by the Department’s sport fish stocking program, including the Chiricahua Leopard Frog (CLF). The Department has committed to secure or reintroduce three populations of CLF under the CAMP.

Bull Tank, located in the Galiuro Mountains, was identified by the local recovery group for the Galiuro Mountains Management Area along with CAMP as a suitable reestablishment site, and would allow natural dispersal of the frogs to nearby sites. In June 2012, Bull Tank was seined to mechanically decrease the non-native tiger salamander population. Approximately 1,500 salamanders were removed and more than 300 CLF were subsequently released at Bull Tank. Since 2012, CAMP, along with the local recovery group, has continued to monitor Bull Tank and document persistence and breeding. As of 2016, CLF dispersed to seven additional sites and began breeding at an additional location. Based on these monitoring results, Bull Tank became the first of three reintroduced or secured CLF populations in Arizona to be completed under CAMP.