Last week, Department biologists with help from the Mora National Fish Hatchery salvaged Gila Trout from two streams on Mount Graham following the 48,000-acre Frye Fire. The salvage of trout from Ash and Frye creeks was necessary due to the threat of potential ash flows resulting from post-fire monsoon rain storms. Fortunately, the crew was able to access the area before heavy rains occurred.

The Type 2 Incident Command (IC) Team working on the fire consisted of staff from the U.S. Forest Service and Bureau of Land Management, and they called this project “The Gila Trout Mission”. The IC Team worked closely with the salvage crew to safely collect trout from Ash and Frye creeks, which were both directly in the burn area. Working in fire gear, crews hiked into both creeks to collect trout using backpack electrofishing gear. Once collected, trout were backpacked in insulated buckets equipped with aerators to the Mora National Fish Hatchery truck, which was a physically exhausting trek.

The crew successfully salvaged 79 trout from Ash Creek. The Gila Trout in Ash Creek were originally from Spruce Creek, one of the five relict Gila Trout lineages, and were originally salvaged from New Mexico after the 2012 Whitewater-Baldy Fire and stocked into Ash Creek. Ash Creek had also been stocked twice with Gila Trout from the Whiskey Creek lineage, so the salvaged fish are likely a mixture of the two lineages. The fish will be held at Mora National Fish Hatchery until a suitable stocking site is available.

One-hundred eleven Gila Trout from Frye Creek were salvaged and transported to Mora National Fish Hatchery. The Frye Creek fish are from the South Diamond Creek lineage and will be used to supplement the broodstock population at the hatchery. Both creeks will be monitored this fall to determine if ash flows impacted

Not all fish captured were salvaged, and post-fire surveys this fall will determine if ash flows eliminated the populations. If the habitat is still suitable for trout, the Department may restock Gila Trout into the streams once again.

Gila Trout are currently listed as Threatened under the Endangered Species Act, and are endemic to Arizona and New Mexico. Their historic range includes mountain streams in the Gila, San Francisco, Agua Fria, Tonto, and Verde river drainages. 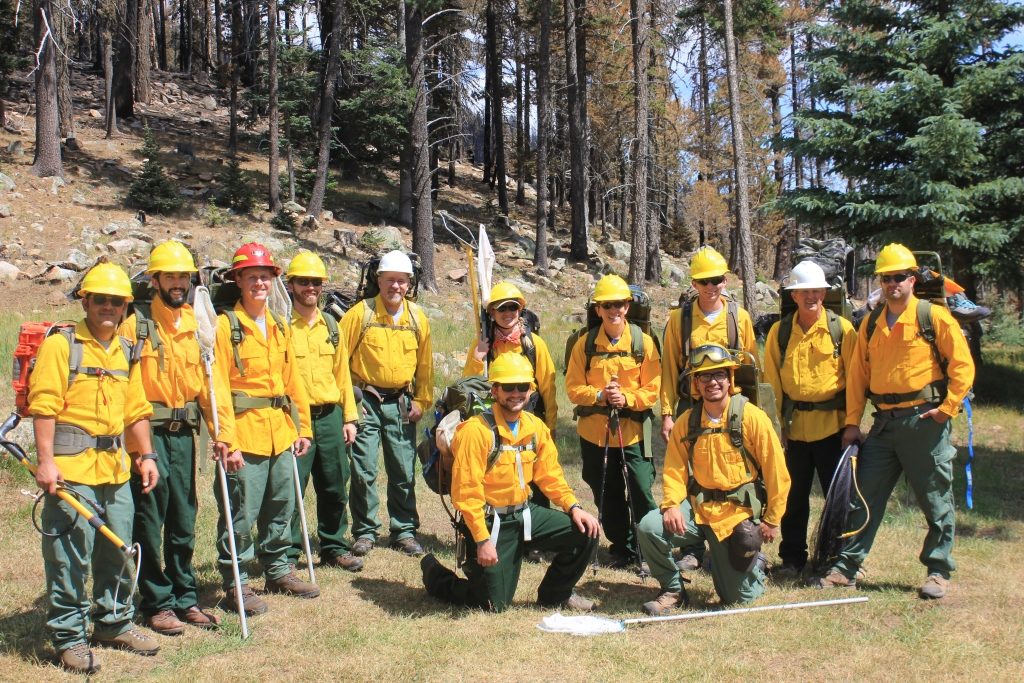 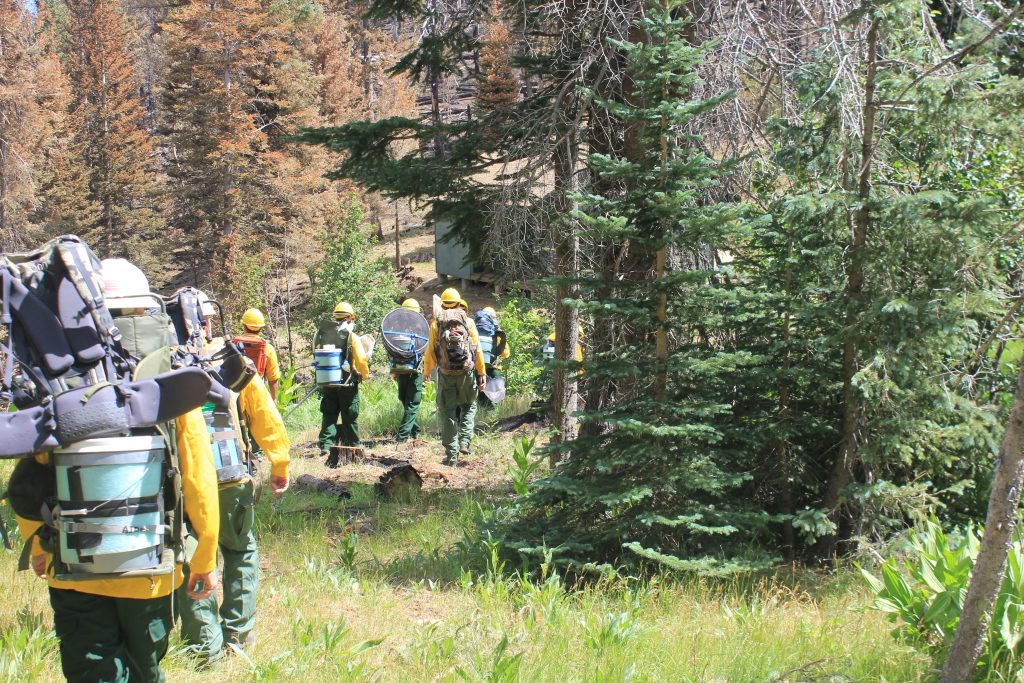 Beginning the hike to Ash Creek from the top of Mt. Graham.

Navigating the trail in Ash Creek, directly in the burn area. 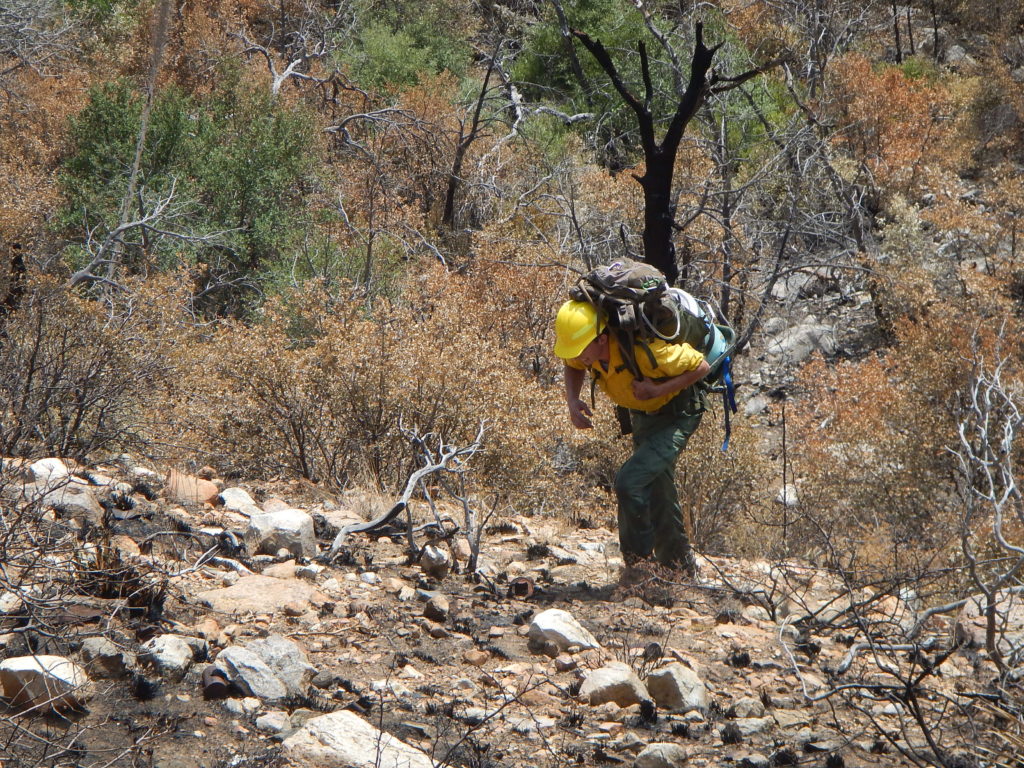 Making the steep trek with trout in tow at Frye Creek. 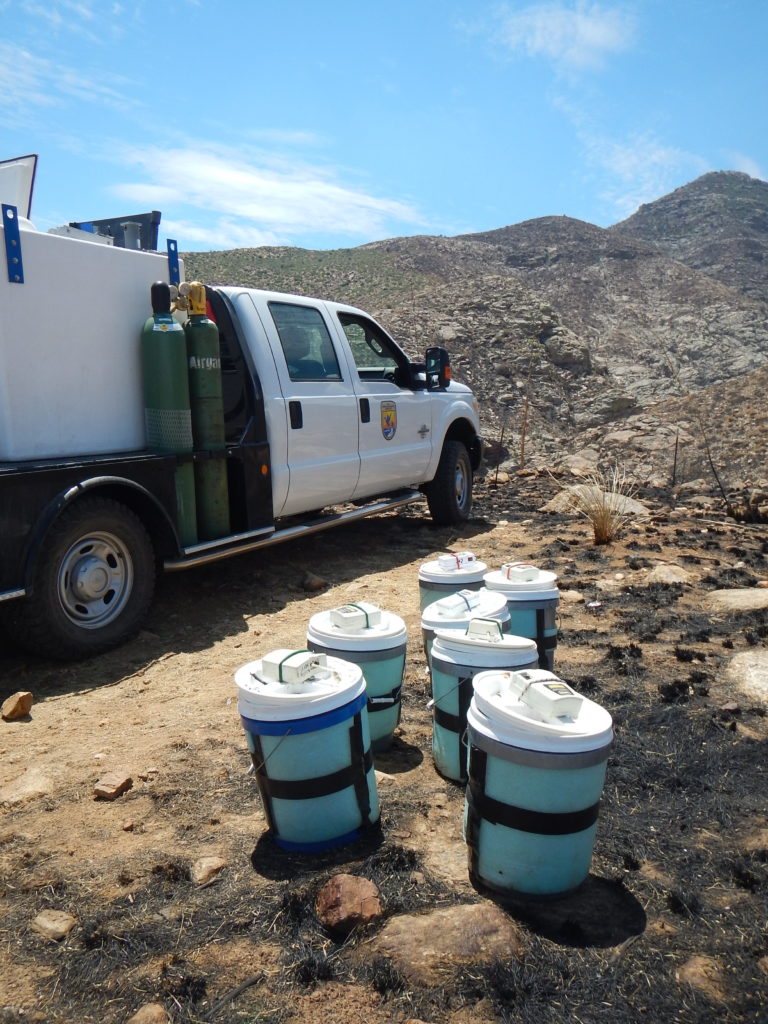 The Gila Trout are ready for the ride to New Mexico and will be held at the Mora National Fish Hatchery. 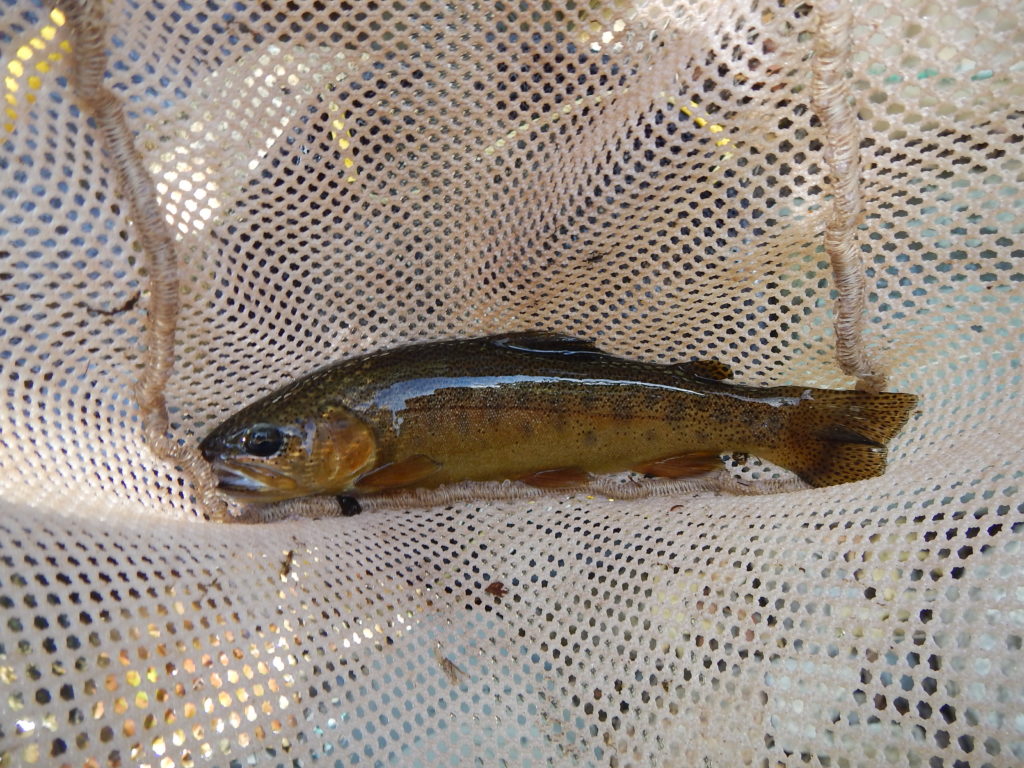