Sterling Springs Hatchery recently added a new species to their production – native Gila Trout. Sixty-five thousand Gila Trout eggs arrived at the hatchery in spring 2017 from Mora National Fish Hatchery in New Mexico.  Staff at Sterling Springs have carefully been caring for the trout, which will be used to stock recreational Gila Trout fisheries once they reach catchable size.

Each spring the hatchery biologists from the U.S. Fish and Wildlife Service’s Mora National Fish Hatchery in Mora, New Mexico, carefully spawn five distinct lineages of Gila Trout. The copper-toned trout dressed with a red band and peppered with black specks over its flanks is federally threatened under the Endangered Species Act. While most of the offspring are used for recovery populations, the success of Gila Trout in the hatchery has allowed development of recreational fisheries using a native species. 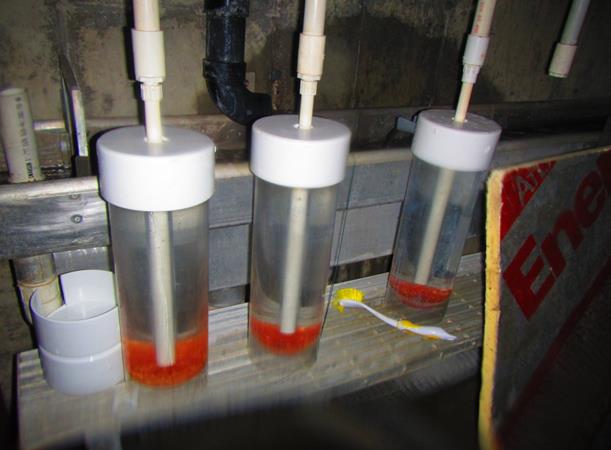 Sterling Springs Hatchery received eggs from the Whiskey Creek, Main Diamond Creek and South Diamond Creek broodstocks, three of five known lineages of Gila Trout found in tributaries of the upper Gila River. This was noticeable in the egg size variation as well as the sizes and variations in the individual fish. The eggs came to Sterling Springs Hatchery in three shipments in varying numbers based on what Mora National Fish Hatchery had available. Once at the hatchery, eggs were kept in separate incubation jars, troughs, and tanks and kept on feeding regimes of the best bio-diets available that would allow all of the fish to get to a standard size so that they could be combined in three outside raceways at the hatchery. Nine troughs were used to keep the different age groups separated.  It was especially important that the fish be uniform in size so that larger fish did not out-compete the smaller fish for feed. This would create a size variation and possibly lead to undernourished or malnourished fish in the raceways.

Picking dead eggs, or “blanks” from the incubation jar drop. 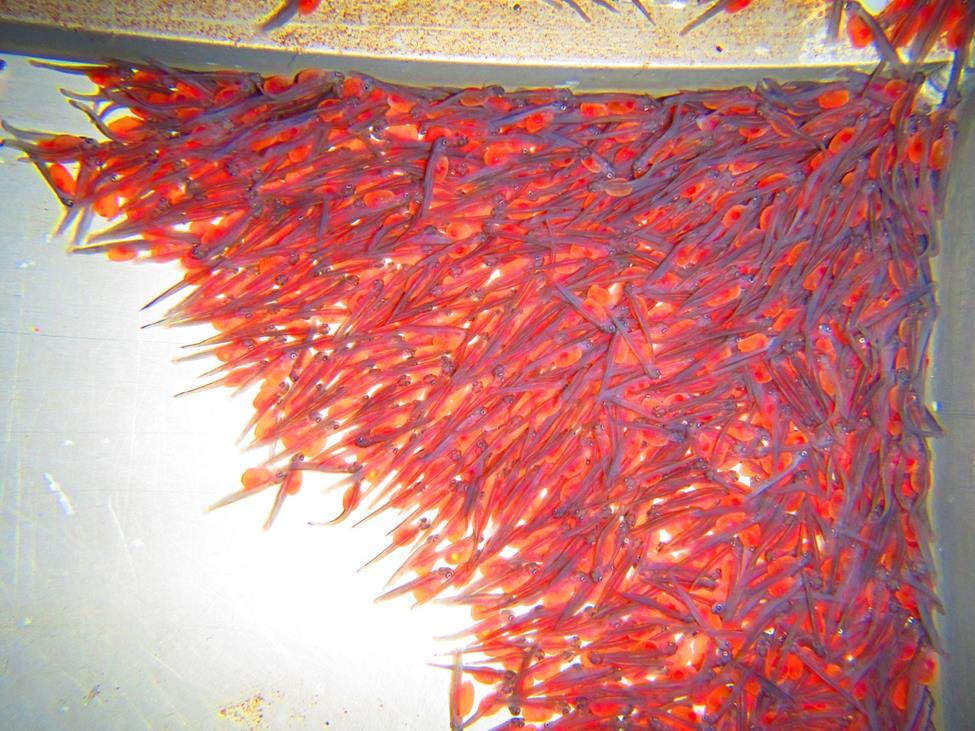 The Gila Trout were handled in a different way than the Rainbow Trout which have become adapted to being raised in captivity and kept at high densities. The Gila Trout were kept at very low densities and the raceways were kept partially covered with shade structures. Handling and moving of the fish were kept to a minimum. 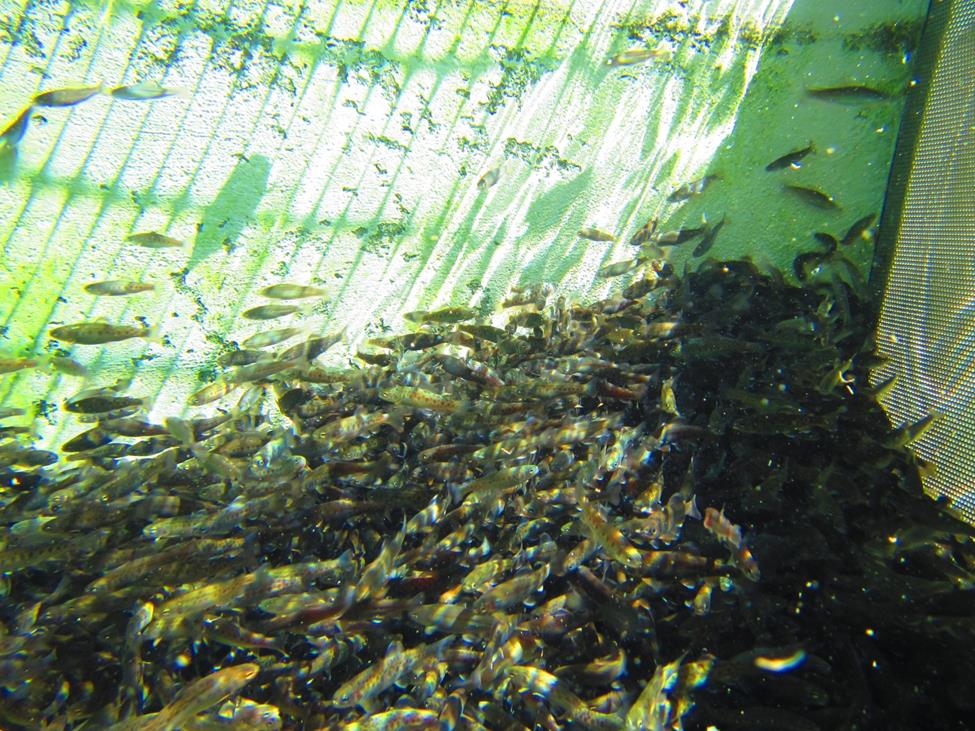 Gila Trout in an outside raceway at Sterling Springs Hatchery.

After five months of working closely with Mora National Fish Hatchery staff and learning how to raise Gila Trout, Sterling Springs Hatchery has three raceways of happy, healthy, native Gila Trout that will be stocked into Arizona waters. One-thousand are scheduled to be stocked into the West Fork of Oak Creek in late October.  The remaining Gila Trout will be transferred to Page Spring Hatchery near Cornville before being stocked into Arizona waters to provide anglers the opportunity to catch a native trout.