Back at the Ponds: When calamity strikes, we hold salvaged fish 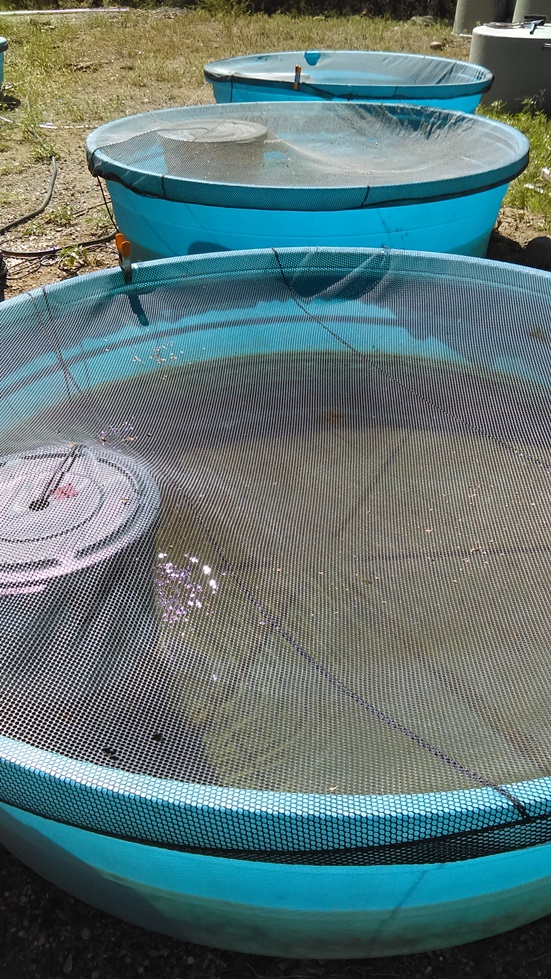 When disasters like wildfires, droughts, or nonnative fish invasions happen in locations occupied by threatened or endangered native fish, the Department often salvages the native fish. The salvaged fish are often brought to the Department’s Aquatic Research and Conservation Center (ARCC) where they are held until the habitat becomes suitable for the species to be returned to the wild.  ARCC has approximately 18 tanks (8-foot diameter) and two large temporary pools used for small scale research projects and holding fish during salvage efforts.

When salvaged fish are brought in, they are quickly placed in quarantine tanks and are then treated for 1 to 1.5 months to eliminate pathogens and parasites. Treatment starts with a cycle of antibiotics for 6 to 10 days. The tanks are then salted to just above 3 ppt to kill Ichthyophthirus multifiliis (Ich).  Fish are then treated with Praziquantel to kill tapeworms, Dimilin to kill anchor worms, and formalin to kill other external parasites.  During the quarantine period, fish are switched to a hatchery diet of frozen worms, pellets and flake foods.

The ARCC was established to help conserve native fish, by holding refuge populations, propagating fish for repatriations, and conducting research to better manage aquatic species, and when the need arises, by treating and holding salvaged fish. 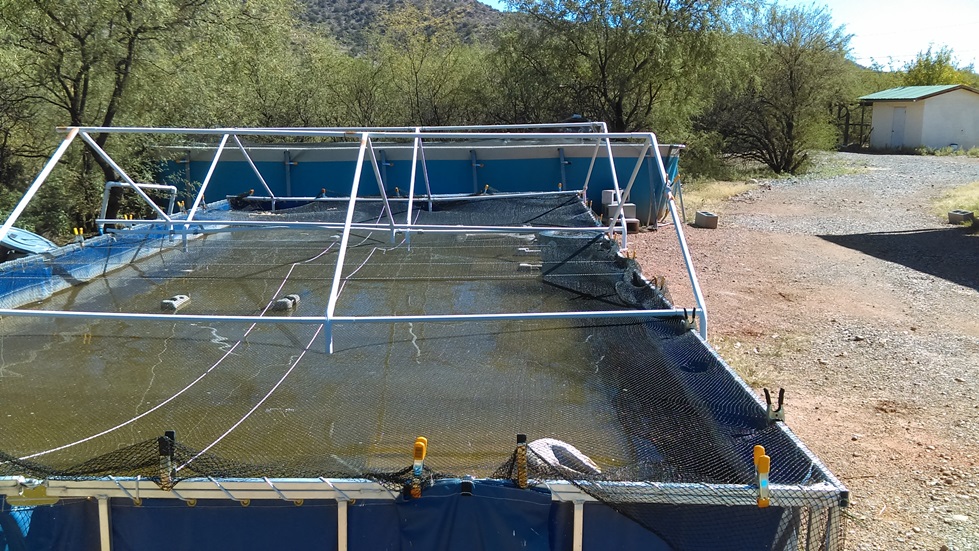 Back at the Pond, Go Native, Uncategorized