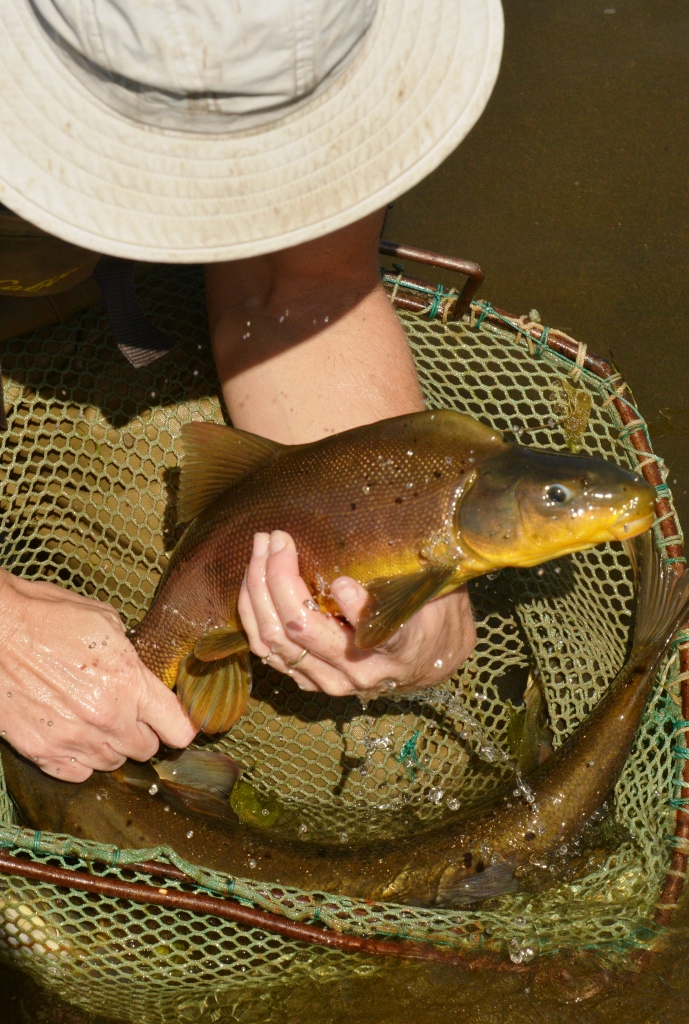 Can attain lengths of 1.0 m (3.3 ft.) and weights of 6.0 kg (13.2 lbs) (Minckley 1973). Mouth is subterminal with few papillae on lips; lower lip is separated into two lobes by a medial groove. Adults razorbacks are easily distinguished from other suckers by the prominent predorsal keel. Young lack a keel and may be difficult to distinguish from other Catostomus species. The “keel” along the back and inset eyes are likely adaptive features to the high flood events of historical habitat. 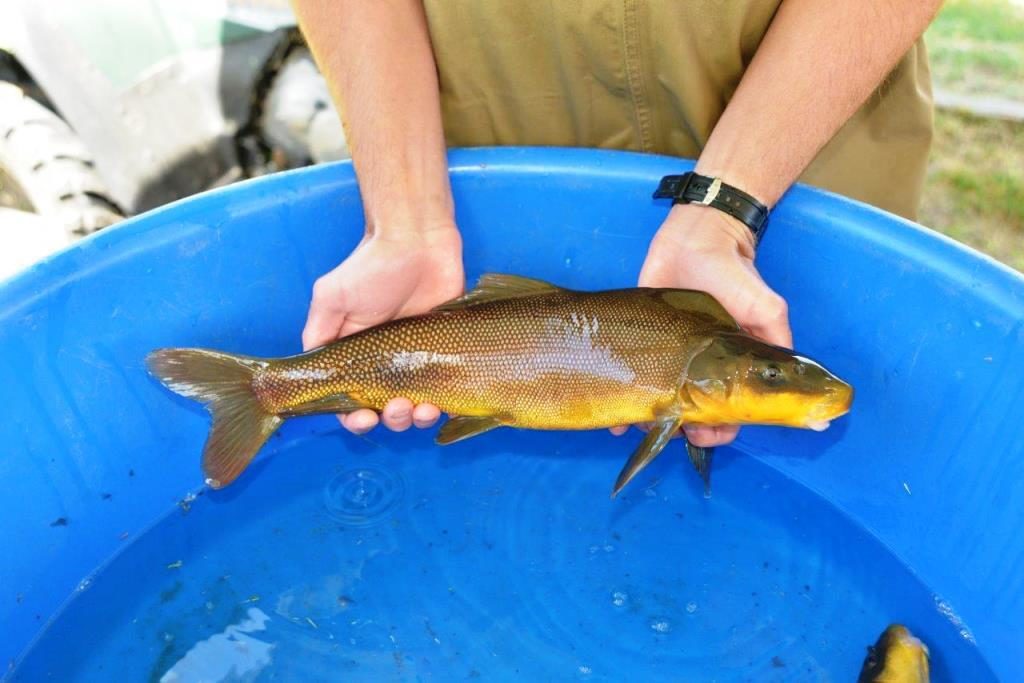 They use a variety of habitat types from mainstem channels to slow backwaters of medium and large streams and rivers, sometimes around cover. In impoundments they prefer depths of a meter or more over sand, mud or gravel substrates. Adult razorbacks tolerate a wide range of temperatures from near freezing temperatures to 32.0o C (89.6º F), with optimum temperatures around 22-25o C (71.6-77.0º F).

Breeding: Razorback Suckers are long-lived. Older individuals in Lake Mohave have been estimated at 40 + years. They tend to grow quickly in the first five to seven years, with growth slow or nonexistent in old individuals. Both sexes are sexually mature by age four. Usually sedentary, but they can travel significant distances on occasion. Spawning occurs from late winter through spring along gravelly shorelines or bays. Evidence suggests that suckers migrated from larger rivers to smaller tributaries prior to spawning. A single female is attended by 2 to 12 males, and the group moves in tight circles over the bottom. Spawning takes place when the group settles to the bottom and with a vibrating action release gametes. The eggs are adhesive and attach to the interstitial spaces within the gravel substrate. The young hatch in a few days and live along the shoreline for a time. Females will spawn repeatedly with several males. Hatching success is highly dependent on water temperature with complete mortality in temperatures less than 10°C (50°F).

Status: Federally listed as Endangered with critical habitat in 1991.

Threats: Altered flow hydrology and cold tailwater releases from reservoirs; water diversions; and predation by and competition with nonnative fishes.

Razorback Suckers are “rounded up” at the Bubbling Ponds hatchery prior to being stocked in recovery locations. 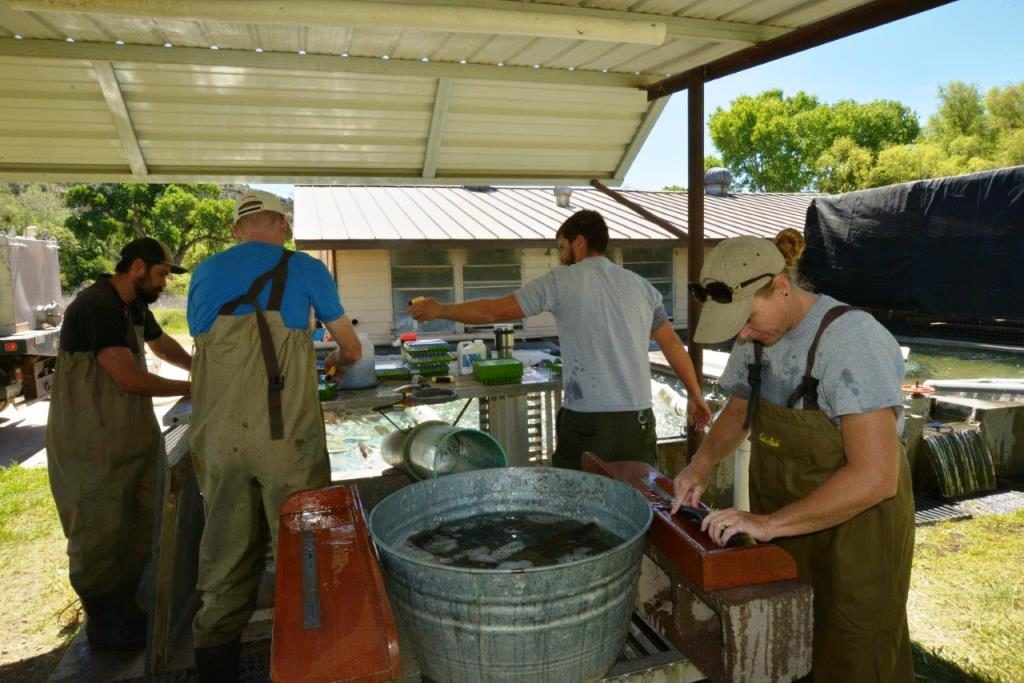 Prior to stocking Razorback Suckers into recovery locations, each fish is measured and identified by their unique Passive Integrated Transponder (PIT) tag.