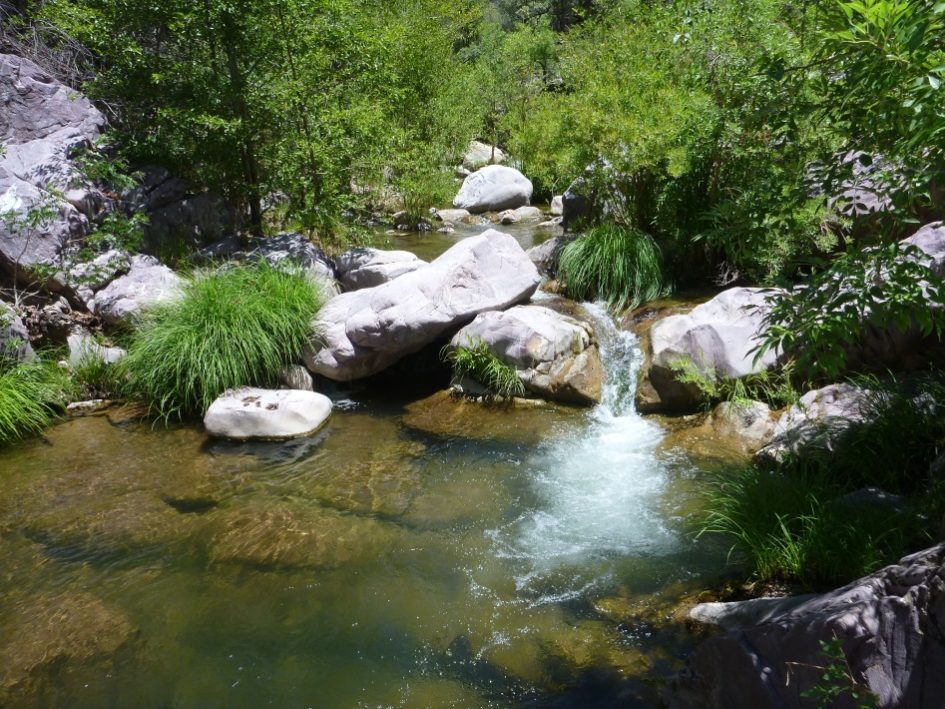 A Day in the Field – Roundtail Chub Survey at Haigler Creek

Happy 4th of July! The Department’s Conservation and Mitigation Program (CAMP) recently surveyed lower Haigler Creek, a tributary to Tonto Creek, to monitor the population of Roundtail Chub. Survey data indicate the chub have been documented as far back as the 1980’s, and the CAMP has future plans to use these fish to expand their population into upper Haigler Creek. This year’s survey is the first survey conducted since 2012 and we were happy to see the chub persisting throughout the surveyed reach. Staff used baited collapsible hoop nets to capture the chub. Ten chub of multiple size classes were captured in the traps along with Green Sunfish and Desert Sucker. Staff also snorkeled and hiked the survey reach, counting an additional 68 chub. This population will continue to be monitored in the future. #nativefishes #roundtailchub 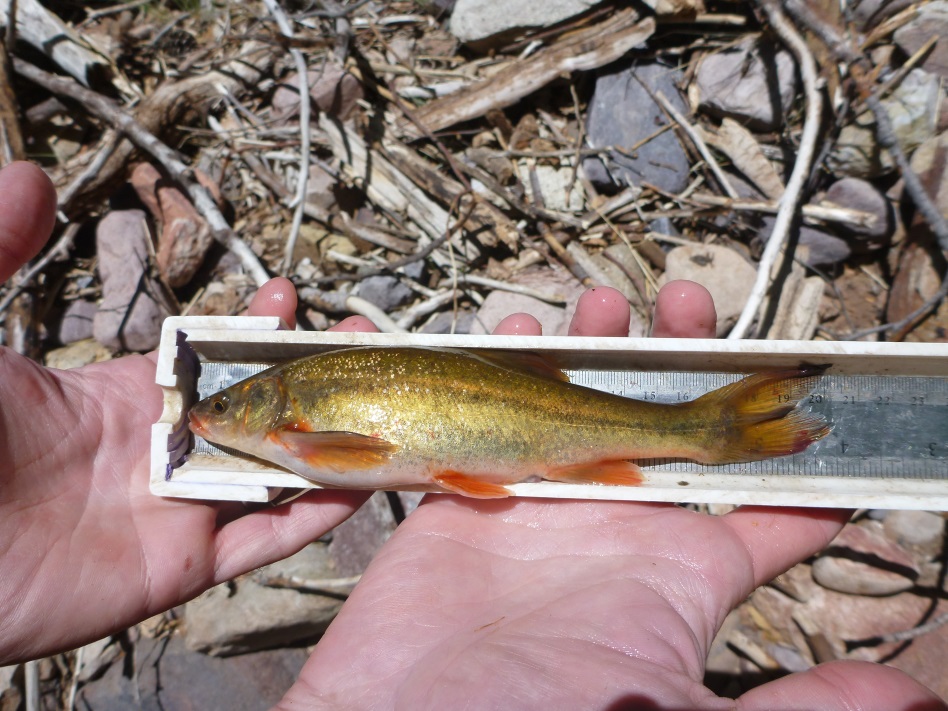