In 2012, East Ash Creek in the Bill Williams River watershed was dominated by nonnative Green Sunfish and contained only small numbers of native Speckled Dace. The Department implemented an intensive sunfish mechanical removal effort in 2013-2014, and Green Sunfish are no longer present. Prior to the removal of sunfish, Speckled Dace were only present in the lower one mile of the removal reach. Now, they are highly abundant throughout the removal reach and the Department expanded their range further upstream in 2015 and 2016. In November 2017, Department staff collected 178 Roundtail Chub, 42 Sonora Sucker, and 148 Desert Sucker from Boulder and Francis creeks in the Bill Williams River watershed and stocked them into East Ash Creek to further enhance the native fish assemblage. These fish averaged about 4 inches in length and were collected from portions of Boulder and Francis creeks that had high abundances of nonnative fish. Collectively, the removal effort and stockings are part of the Department’s Conservation and Mitigation Program (CAMP) that contributes to the conservation of native fishes through the removal of key stressors and improving their status through securing and establishment actions. This stocking expands the range of these species by several miles in East Ash Creek and will be repeated for the next two years. 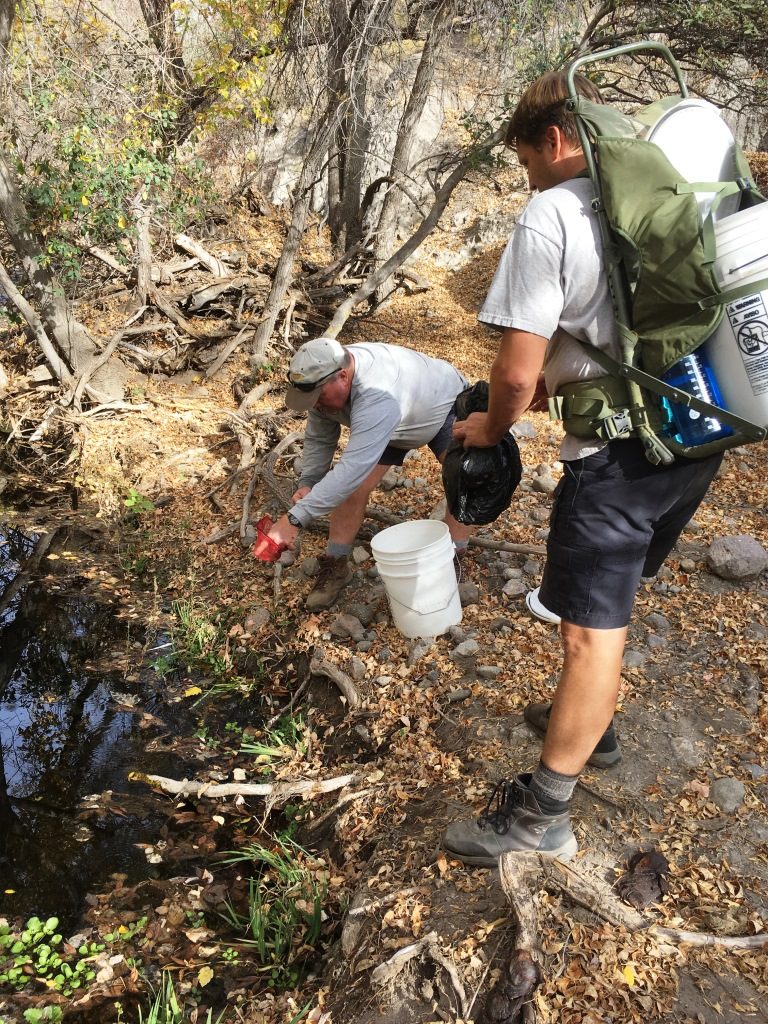 Biologists carried fish to the creek in 5-gallon buckets secured to their backpacks.

A large pool in East Ash Creek where native fish were stocked in November.

Waders in the Water