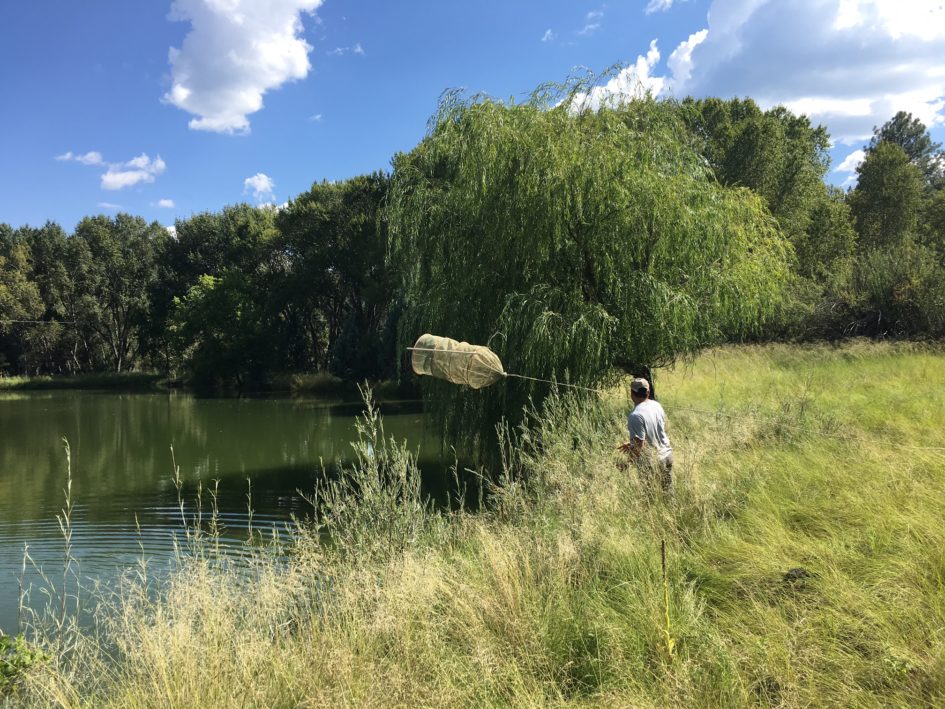 The launch of a hoop net to catch Roundtail Chub in the upper Blue River. 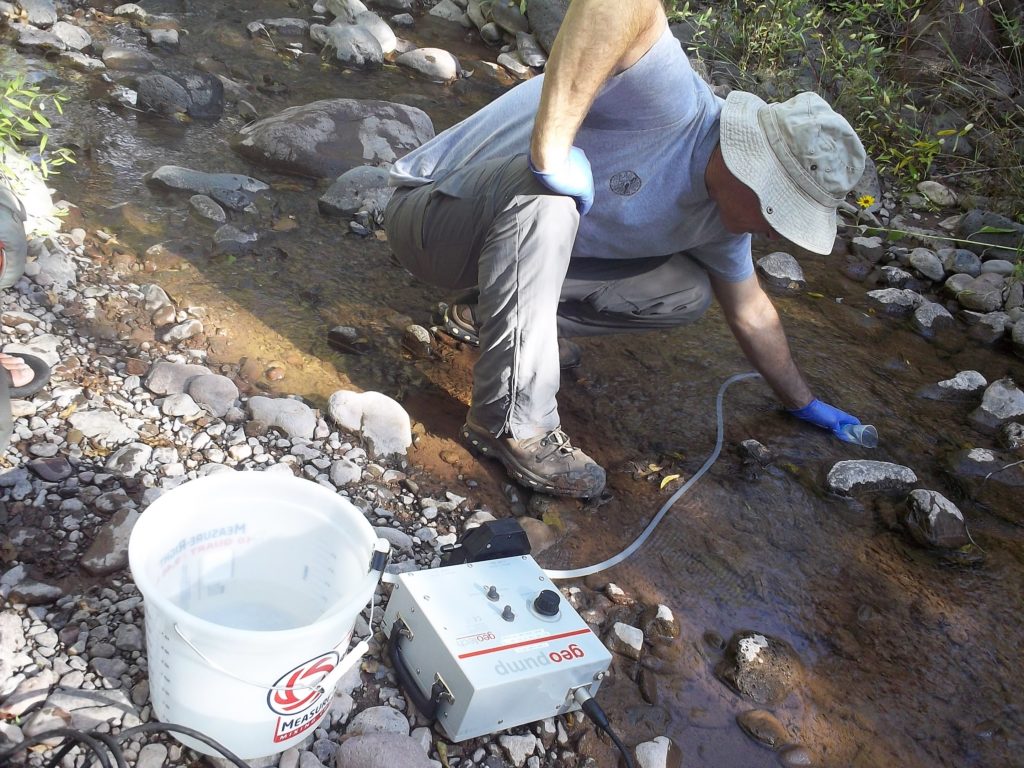 Spikedace, an Endangered Species, were stocked into the upper Blue River to expand their range in the system.

Chub, Spikedace, Waders in the Water