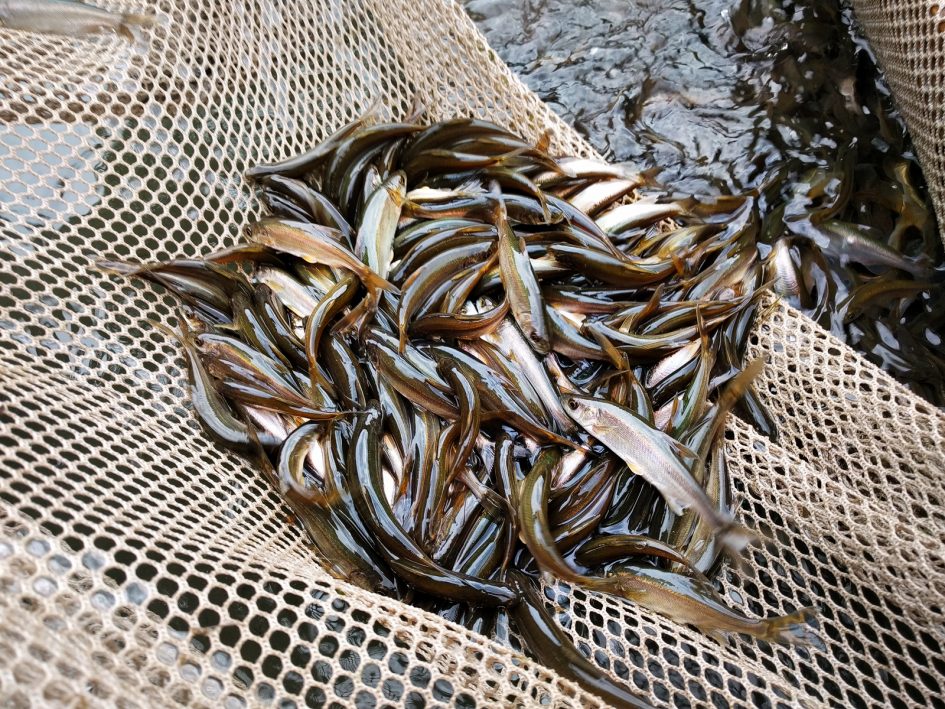 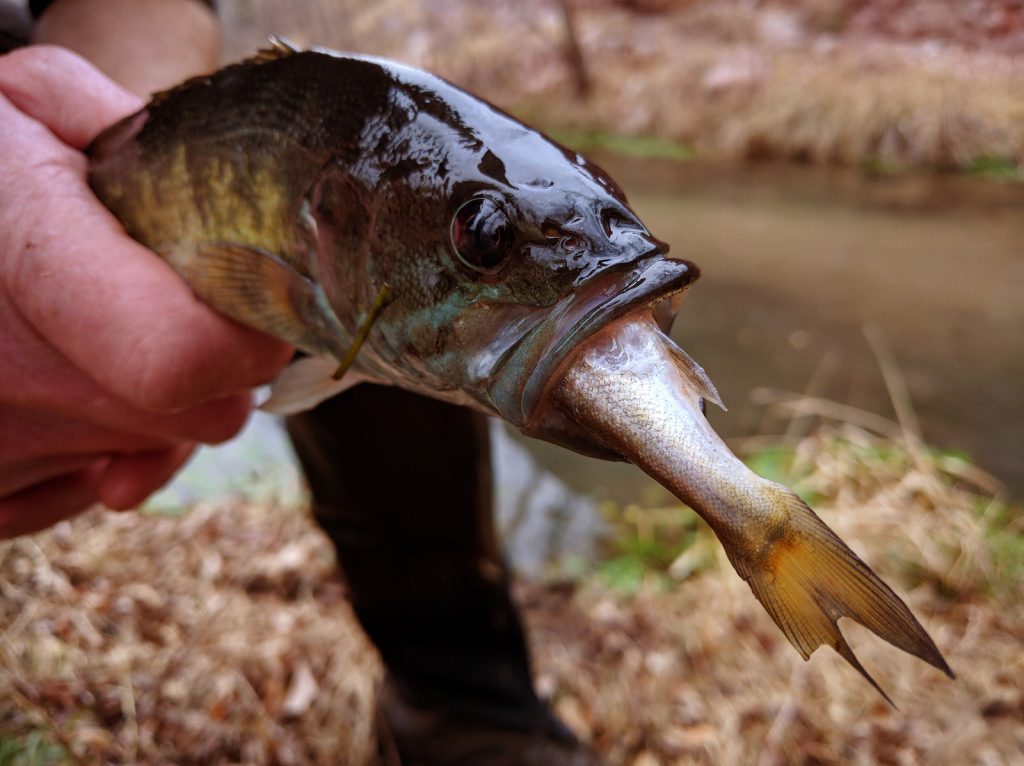 Predation of stocked Roundtail Chub by Smallmouth Bass in the Verde River.

Programs to recover rare or endangered native fishes commonly rely on hatcheries for supplemental stocking into areas with depleted populations. Roundtail Chub is one such fish that has experienced a decline in number and distribution in Arizona. As part of ongoing recovery efforts, thousands of Roundtail Chub are reared annually at Bubbling Ponds Hatchery and stocked into the Verde River and its tributaries. However, it is largely unknown how many fish survive once stocked and which factors have the greatest impact on survival and persistence of stocked fish.

PIT (Passive Integrated Transponder) tags are implanted into fish prior to release. These tags are used to identify individuals when applying detection techniques, such as electrofishing methods. Preliminary results have found that size of stocked fish is a considerable factor impacting post-stocking survival. Larger fish, at

least 150 mm total length, are more likely to persist. Probability of detection post-stocking also decreases for all sizes stocked, suggesting that fish may be dying of natural causes, emigrating out of the study area, and/or being predated. However, these results need to be supported with another year’s worth of data.

The goal of this study is to provide valuable information on increasing effectiveness of stocking programs for other rare or endangered native fishes.