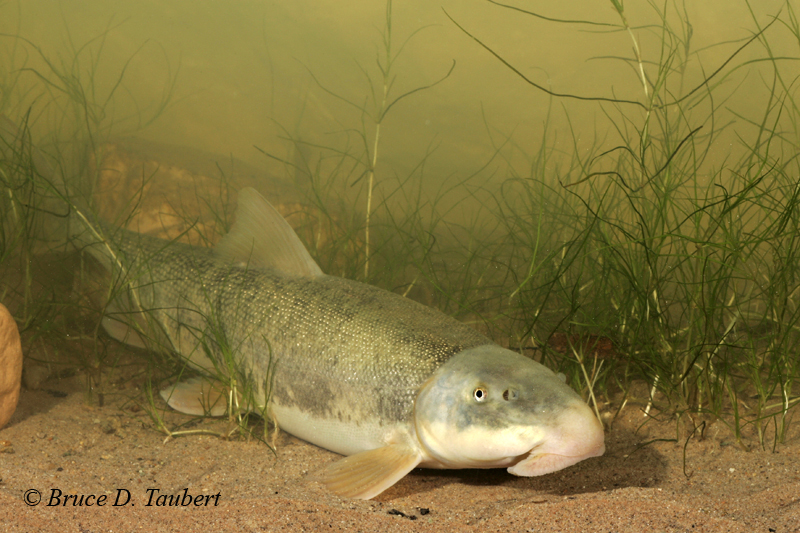 Appearance: Depending on local water conditions, color of skin can vary from entirely silver, to tan or dark brown dorsally, with a white to yellowish white belly; larger fish tend to have a bluish tint on the head, but it is more prevalent in adults. In large systems, size can reach up to 22 inches, but in smaller streams they are usually much smaller. Bluehead Suckers in the Little Colorado drainage tend to have a thicker tail then those in the mainstem Colorado River.

Diet: Bluehead Suckers are bottom-dwelling omnivores, with specialized upper and lower jaws that allow them to scrape their food off of hard surfaces. Their diet consists of invertebrates, algae, and detritus scraped off of cobbles, boulders and bedrock substrates.

Habitat and Range: Bluehead Suckers occupy rivers and streams. During the daytime, adults prefer to stay in deep pools and eddies, while at night, they move into shallower waters to feed, scraping their food off of cobble and boulder substrates. Post-larval and small juveniles occupy shallow, slower-flowing stream edges and backwaters. Bluehead Suckers are found within the Colorado River drainage of Wyoming, Utah, New Mexico, and into Arizona; a few populations also exist within the Bonneville Basin of Idaho and Utah and in the Snake River drainage of Wyoming and Idaho. In Arizona they occur in the mainstream Colorado River within  the Grand Canyon and in some of its tributaries. In the Little Colorado drainage, a rare and endangered subspecies (the Zuni Bluehead Sucker, C. d. yarrowi) is found in some of the smaller tributary streams far up-drainage.

Breeding: Spawning by Bluehead Suckers takes place during spring and summer, when water temperatures are between 16 – 25 degrees C. One or two males accompany a female into flowing water over gravel substrates, and fertilize the eggs as they are expressed by the female. Eggs are demersal, sinking to the bottom and between the gravels disturbed by the spawning action of the adults, where they remain until hatching.

Threats: The greatest threats to the Bluehead Sucker includes the destruction and modification of habitat, and the introduction of non-native species; both have negatively impacted a large number of native fishes in Arizona. Obstruction and modification of streams, and dewatering or diversion of flows impact in-stream habitats, and where in the stream a species can occur and persist. Introduction of non-native fishes results in higher levels of competition and predation than native species would naturally encounter.

Actions: There is work underway to improve degraded habitats and eliminate non-native species that impact the Bluehead Sucker. Efforts have also been undertaken to establish and secure additional populations of the Sucker, with several stockings already completed. 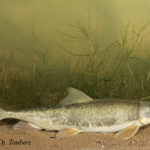 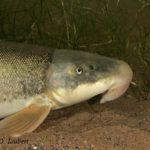 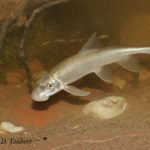